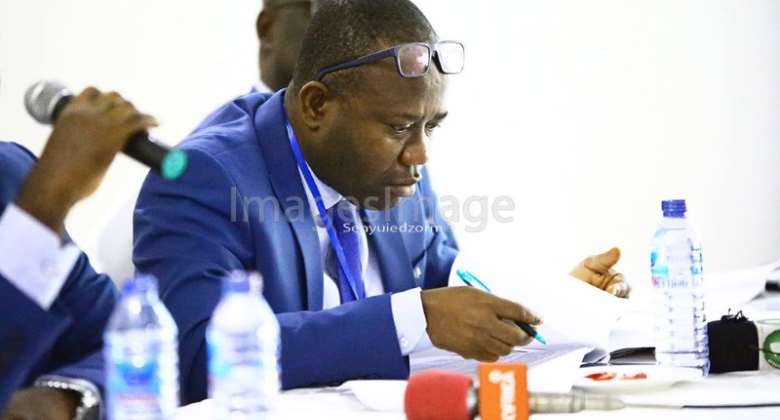 Ghana dominated the international media after former president, John Mahama authorized the airlifting of the money to Brazil after the Black Stars playing body threatened to boycott training due to unpaid fees.

Speaking in an interview, Mr. Nyantakyi said the rightful practice is to pay the players in Ghana before they depart for the tournament.

He added that the government's refusal to settle fees before their trip to Brazil led to all the controversies that emanated from the Black Stars camp.

"The unsuccessful one was the 2014 World Cup. There were a lot of problems. We did not do what needed to be done. The money that was supposed to be given to the players was transferred from the Bank of Ghana to the Ministry's account. But when it was time to pay the players, they were dragging their feet.

"Based on our previous experiences, the appearance fees were supposed to be paid to the players in Ghana before they go. There was no need to carry the money to Brazil," he added.

The Black Stars suffered a group stage exit in the tournament, recording just a point in a group that was made up of Germany, the USA, and Portugal.

The players threatened to boycott their last group fixture against Portugal in demand of their unpaid appearance fee, which prompted the government to airlift money from Ghana to Brazil to settle them. Eventually, they lost 2-1 to Portugal.