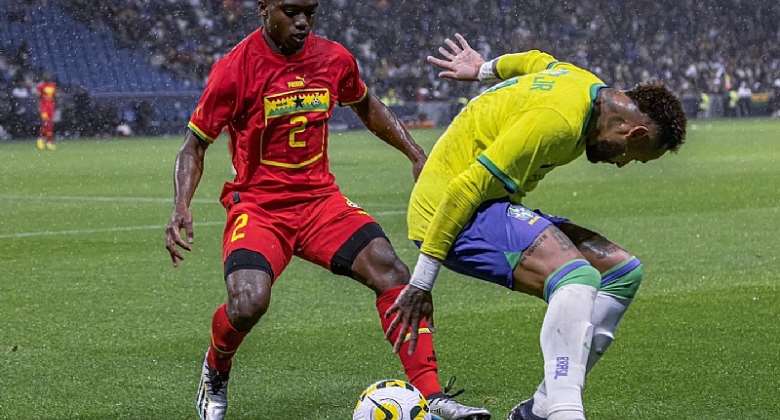 Brighton and Hove Albion defender, Tariq Lamptey, says he enjoyed his first time in the camp of the Black Stars months after completing his nationality switch to play for Ghana.

The former Chelsea right-back made his debut for the West African country against Brazil last month having completed his nationality switch in June 2022.

Speaking about how he adapted to his new life as a Black Stars player when he visited the team's camp for the first time, it was a welcoming atmosphere and he got along well with his teammates.

"I enjoyed my first camp there. It was a good group, and everyone was welcoming. I knew a few of the bots before, but everyone I didn’t get to know well, and it’s really a good group," He told Argus.

He also opened up about his initiation process, where he was made to dance like the other newcomers on the team.

"The dancing was a nice bit of fun. It just gives the boys something to be happy about and laugh about. It was just the tradition we have to do and we took it in our stride. I'm glad we put a few smiles on people’s faces," Lamptey added.

Tariq Lamptey made his debut as a second-half substitute in Ghana's 3-0 defeat to Brazil in France.