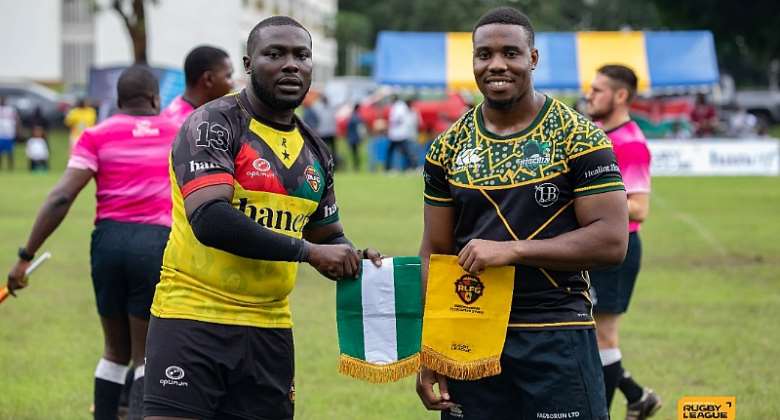 Despite failing to clinch the Middle East Africa Rugby Championship trophy, Captain of the Ghanaian side, Riddick Alibah, says that the team stands proud as they have secured a place in the 2025 World Cup playoffs.

The Leopards will be in South Africa next year hoping to book a place in the 2025 World Cup scheduled to take place in France.

Riddick Alibah, speaking to the media after suffering a 30-4 defeat at the hands of their Nigerian counterparts said his team would have emerged victorious, but “for a few errors.”

“They came in hard and they won the game. We also came ready to win but unfortunately, we made a few errors in there. All the same, we are still proud of ourselves. We played hard and we played our hearts out,” he said.

“Most importantly, we are going to South Africa next year and we are just hoping for the best,” he continued.

Nigeria’s success in their title defense earns them a place in history books of the competition as they became the first team to achieve such feat since its inception.

Captain for the Green Hocks of Nigeria, Tuoyo Egodo, dedicated the win to his countrymen as they celebrated their 52nd Independence Day.

He also commended them for supporting the team.

Nigeria’s head coach, Bolu Fagborun, also commended his boys for the performance they put up.

He said that the lads stuck with the game plan, hence, the results.

“I wanted them to start hot and they did, kicked well, put Ghana under pressure and to play in the right parts of the field. They handled the conditions really well,” he said.

He added that the Championship proved to be a worthy test for his team as they eye to make an appearance in the 2025 World Cup.