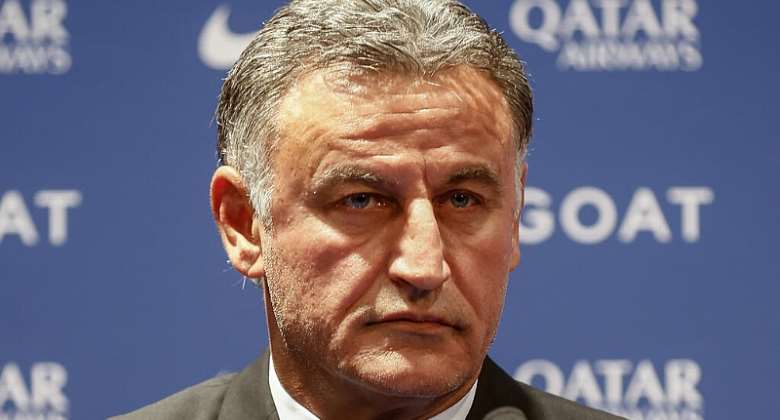 Paris Saint-Germain coach Christophe Galtier has told his players they will face a test of their powers against the high pressing tactics of Benfica on Wednesday night in the third game of the group stages of the Champions League.

Ligue 1 pacesetters PSG have yet to lose a game since Galtier took over at the Parc des Princes from Mauricio Pochettino.

Galtier conceded that record could change at the Estadio da Luz in Lisbon. "I'm not surprised with their start to their season," said the 56-year-old Frenchman.

"They're very well organised. They have an excellent collective mentality and posess wonderful individual talents.

"We've been looking at them since the Champions League draw was made and they're where they are for a reason."

Both Benfica and PSG have won their opening two games in Group H and they will play each other next Tuesday in what could be a match that will allow one of them to qualify for the last-16 of European club football's most prestigious competition.

"There's going to be an incredible atmosphere in the stadium," added Galtier.

"Benfica put a lot of pressure on you high up the pitch so we will have to cope with that and then make the most of our own opportunities."

Galtier is likely to field his star troika of forwards - Lionel Messi, Kylian Mbappé and Neymar - from the outset.

For the Ligue 1 match against Nice last Saturday, Mbappé was named as a substitute to allow 20-year-old Hugo Ekitike a place in the starting line-up for the first time.

Mbappé replaced the former Reims starlet to score a late winner that kept PSG ahead of Marseille by two points.

Benfica warmed up for Wednesday night's match with a 0-0 stalemate at Vitoria Guimares which ended their 100 per cent record.

"We will need to be well balanced because we are facing a team that not only has great individuals but also collective qualities," said Schmidt

The 55-year-old German added: "We will have to stand up to PSG in defence, in midfield and in attack if we want to win.

"But we are confident that at home we will have a chance. We have to use this extra motivation to our advantage to play a top game."

Inflation will remain high till the end of first quarter of ...
51 minutes ago