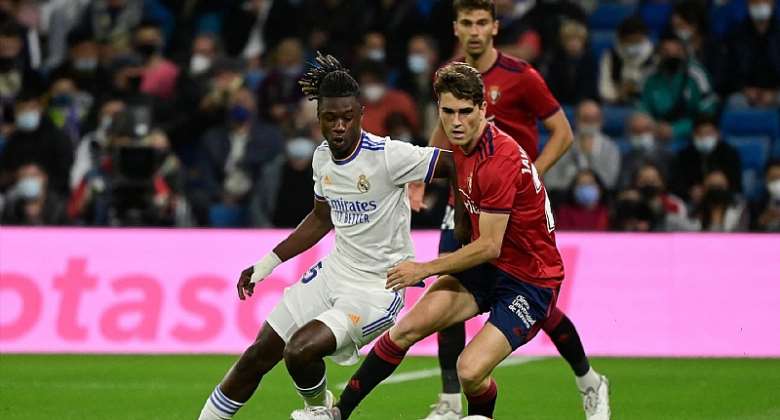 Karim Benzema missed a late penalty as Real Madrid dropped points for the first time this season when they were held by 10-man Osasuna at the Bernabeu.

Benzema smashed his spot-kick against the crossbar in the 80th minute as Real failed to continue their winning start to the defence of their title.

Osasuna were reduced to 10 men when David Garcia was sent off for the foul on Benzema which led to the penalty.

Garcia was sent off after a VAR review for a push on the France striker as he was the last defender, but Benzema could not capitalise.

He had the ball in the net moments later, but was adjudged to be marginally offside as Osasuna claimed a point at the Bernabeu for the second time in as many seasons.

Madrid are level on points with rivals Barcelona but remain top of the La Liga table on goal difference.