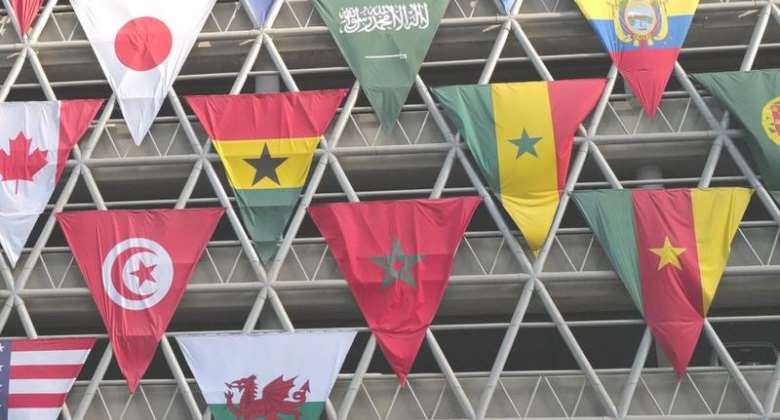 With all World Cup sides having played their final matches prior to naming their squads for Qatar, it's time to assess the form of Africa's five representatives.

While Morocco, Senegal, and Tunisia can take some recent positives, Ghana and Cameroon appear to have some soul-searching to do prior to selecting their World Cup starting line-ups following mixed results in friendlies.

Africa's quintet heading to Qatar took advantage of the international break by engaging in two warm-up games to test their readiness for the global showpiece.

But unconvincing and lethargic performances have left some fans seething, while others have a reason to be optimistic.

Coach Rigobert Song has come under intense pressure after Cameroon - who will meet Brazil, Serbia and Switzerland in Group G - suffered two defeats during the friendly window.

Worryingly, the Indomitable Lions, beaten semi-finalists as Africa Cup of Nations hosts earlier this year, failed to score in both games as they fell 2-0 to Uzbekistan and 1-0 to South Korea in eastern Asia.

A two-time Nations Cup winning captain with Cameroon, the legendary Song's popularity in the Central African nation has waned in recent months.

As fans continue to criticize his style of play and a lack of fluidity, one of his former colleagues has very publicly questioned his managerial ability.

Achille Emana, a member of Cameroon's 2003 Fifa Confederations Cup side, insists the former defender is not good enough to manage the Indomitable Lions.

"We shouldn't have sacked (former coach) Tony Conceicao so quickly. With all the respect I have for [Rigo], he must not lie to himself, he is not up to it," Emana said.

"Of course, he qualified us for the World Cup but since he took over, he hasn't improved the team or figured out his first team. If we go to Qatar in this state, then we are heading straight for disaster."

Despite the loud criticism, Song continues to enjoy the support of his former team-mate Samuel Eto'o, the president of Cameroon's football federation, and needs to impress in a 9 November friendly against Jamaica in Yaounde.

After beating Chile 2-0 in Barcelona, the Atlas Lions of Morocco produced another impressive performance as they were held to a 0-0 draw by another South American opponent Paraguay.

It was an inspiring start for Morocco coach Walid Regragui, appointed earlier this month to replace Vahid Halilhodzic, who was fired following a dispute over the selection of Hakim Ziyech.

Regragui drafted Ziyech straight back into the starting line-up on Friday and the Chelsea forward played again in the second game.

"I can say this was a positive gathering as we continue to build a good atmosphere ahead of the World Cup," said Regragui.

The 1976 African champions are keen to finalize two more friendlies before their opening Group F game against Croatia on 23 November, followed by matches against Belgium and Canada.

After beating Bolivia 2-0 in France on Saturday, African champions Senegal only managed a 1-1 draw with fellow World Cup-bound Iran in Austria.

The Teranga Lions lacked fluency and attacking threats against the Asians, who exposed the difficulty that comes when talisman Sadio Mane is man-marked, while there were also some glaring frailties at the back.

Coach Aliou Cisse - who masterminded Senegal's maiden Nations Cup triumph - still has work to do before their opening fixture in Qatar against the Netherlands, followed by Group A clashes with the hosts and Ecuador.

However, Chelsea defender Kalidou Koulibaly has seen enough to convince him of a successful outing on the global stage, where the Senegalese were eliminated on a technicality last time out.

"We have the players capable of making Senegal proud and I think we can beat any team in the world," said Koulibaly.

After suffering a 3-0 defeat to Brazil in France, teenager Issahaku Fatawu scored the only goal as Ghana made heavy work of beating Nicaragua 1-0 in south-eastern Spain on Tuesday.

Yet the Black Stars, who face Portugal, South Korea, and Uruguay in Group H, wasted a plethora of chances in an unconvincing performance against the Central American nation, who are 79 places behind them in the Fifa rankings.

But six months later, it appears the honeymoon period is over following his team's struggles and lethargic performances against Brazil and Nicaragua.

Some Ghanaians took to social media to express their disappointment by questioning Addo's lack of game management and commitment to the West African nation.

The Ghana FA official match report admitted it was a labored win over Nicaragua and the vocal local media have roundly criticized Addo's selections and dreary football.

There is only a small window left for the former Dortmund Star to sort issues on the pitch as they have one more friendly before the tournament, against Switzerland in Abu Dhabi on 17 November, a week before their opening group game.

Tunisia's high-profile friendly ended in disaster on Tuesday as not only did the team lose 5-1 to the Brazilians, but some fans booed the Brazilian national anthem while a banana thrown at Richarlison sparked outrage.

Sticking with the actual football, Germany-based midfielder Ellyes Skhiri says losing 5-1 to five-time world champions Brazil is a strong indicator of what to expect at the finals.

The Carthage Eagles, who managed a slim win over Comoros last week, finished with 10 men after Dylan Bronn was red carded before half-time.

Tunisia had a man sent off against Brazil, a game where the South Americans' anthem was booed and a banana was thrown at one of their players

Skhiri, who plays for Bundesliga side FC Koln, admits they now have their work cut out before the tournament in Qatar, where they meet Denmark, Australia, and France in Group D.

"We played against one of the best nations in the world, we saw that there were things to correct, and on the contrary, it makes us aware that there is still a lot of work to do," he told BBC Sport Africa.

"We will all prepare well for this competition, we still have a month of competition at the club level and we must arrive in the best shape to start the competition."

Former international Hatem Trabelsi, now a TV pundit, was quite critical of the team's approach in Paris.

"You can't play and switch off like that against any opponent at the World Cup because it is the highest level of football," he said.

"You need to retain lessons from these kinds of matches," agreed coach Kadri. "At this high level, you can't make mistakes."

The World Cup kicks off on 20 November, with the final - which no African team has ever contested - taking place in the Qatari capital Doha on 18 December.