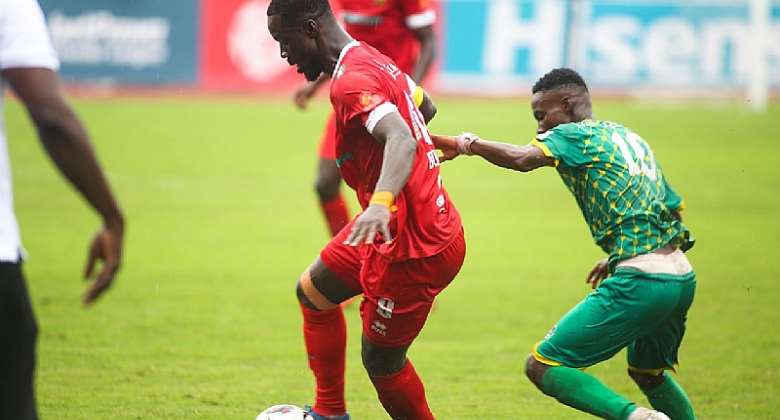 Due to the club’s involvement in the CAF Champions League preliminary stage, the team did not feature in the first two rounds of the league season.

Just last Sunday, the team played the first match of the season in a matchday three encounter against bitterest rivals Hearts of Oak.

At the end of the contest, Asante Kotoko secured a point after drawing 1-1 against the Phobians.

Today, the team returned to action to clear the matchday one game against Nsoatreman FC.

In a game played at the Baba Yara Sports Stadium, the Porcupine Warriors put up a good performance and finished the first half with a narrow lead thanks to a penalty converted by Stephen Amakona in the 15th minute.

Two minutes into the second half, the hosts doubled their lead through a strike from Isaac Oppong.

Despite a goal by Philip Ofori halving the deficit for Nsoatreman FC in the 51st minute, Asante Kotoko held on to win 2-1 at the end of the game.

The victory has seen the defending champions of the Ghana Premier League climb to 9th on the standings with a game to spare.