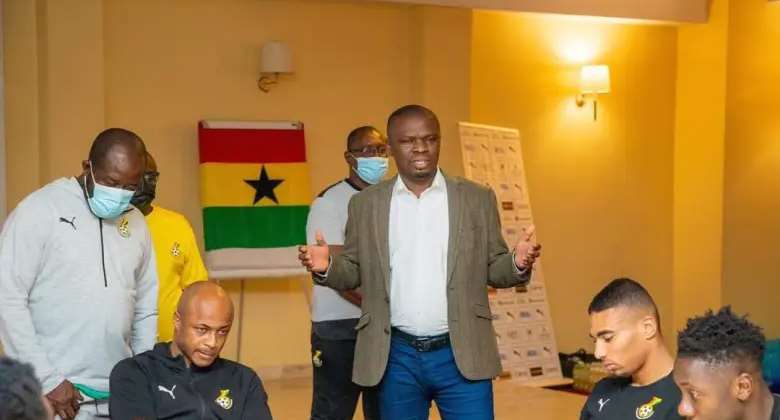 Youth and Sports Minister, Mustapha Ussif says he was expecting from the Black Stars in their final September friendly game against Nicaragua.

Having suffered a 3-0 defeat against Brazil at the Le Harve in France last week Friday, the Black Stars who have booked a place in the 2022 World Cup had an opportunity against 139th-ranked Nicaragua in their second friendly.

However, a goal from Abdul Fatawu Issahaku turned out to be the winner against the Central American side.

Speaking after the game, the Minister for Sports lamented the Black Stars' missed chances in the game.

“We were expecting more goals in the game but at the end of the day we created a lot of chances but couldn’t convert them into goals,” Mustapha Ussif said in an interview with Max TV.

The sector minister also added that the Black Stars would continue to strive to build a formidable team for the 2022 FIFA World Cup in Qatar.

“This is a process, we are building a team and I know that by the time we get to Abu Dhabi where we are going to have our final game, the team would have been so good and Ghanaians would see the difference,” he stated.

Ghana will take on Switzerland in their final friendly game in November before the team jet off to Qatar for the World Cup scheduled to kick off on November 20 to December 18.

The Black Stars have been housed in Group H alongside Portugal, South Korea and Uruguay.

You’ve been a dependable husband – Lordina celebrates Mahama...
29 minutes ago