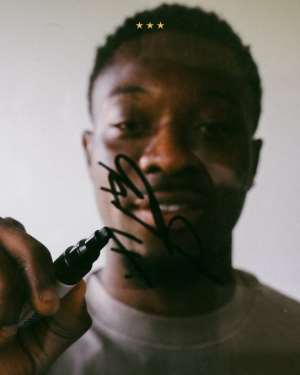 Ghanaian international, Francis Amuzu has signed a new contract that sees him extending his stay in Belgium with giants, RSC Anderlecht.

The winger was a transfer target of several clubs in the summer but decided to stay after none of the clubs met the monetary demands of his club.

Appreciating the form and importance of Francis Amuzu, RSC Anderlecht have handed the player a new contract that runs through to the summer of 2025.

The new contract has been signed by the player as announced by the Belgian Jupiler Pro League club on Wednesday, September 28.

“Francis Amuzu signed a contract extension until 2025, the deal including an option for an extra year.

“The 23-year-old winger enjoyed a good season last year, scoring 10 goals and assisting 5, including a hattrick against Antwerp in the play-offs. This season as well, Cis is an important piece of the puzzle in Felice Mazzù’s starting eleven.

“Despite the interest of several foreign clubs, Cis decided to renew his contract with his childhood club,” RSC Anderlecht announced today.

This season, Francis Amuzu has made eight appearances in the Belgian Jupiler Pro League and has two goals and an assist to his credit.