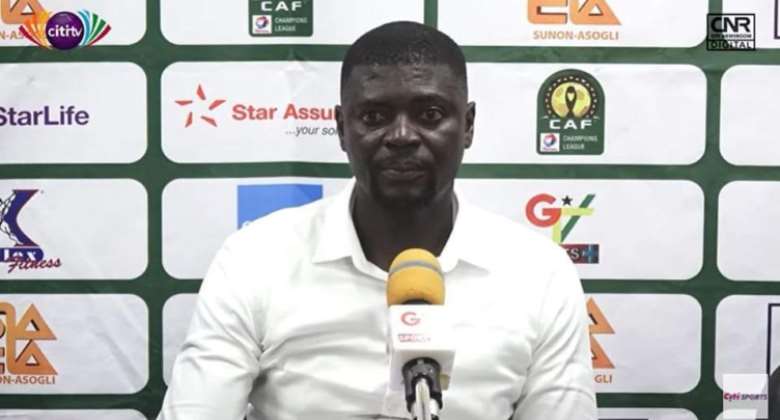 Hearts of Oak head coach, Samuel Boadu has left his role at the club after just three games into the 2022/23 Ghana Premier League season.

The former Medeama SC boss has come under intense pressure following the poor start of the season.

Hearts of Oak opened their season with a defeat against Aduana Stars at the Nana Agyemang Badu Park.

In their second game of the season, Hearts of Oak hosted their city rivals, Great Olympics which ended 1-1 at the Accra Sports Stadium.

In the week three game, the Phobians traveled to the Baba Yara Stadium to take on Asante Kotoko.

After a poor performance, Konadu Yiadom scored late to secure a point for the FA Cup champions.

Following the poor start of the season, Boadu, who led the side to win treble in his first season at the club has left his role.

Board member of the club, Dr. Nyaho-Nyaho Tamakloe following the draw against Kotoko attributed the team's poor performance to the technical team.

According to him, Samuel Boadu and his technical team must be blamed for the team's poor start.

"If support could recollect, I spoke about the problem Hearts of Oak is facing and as a board, we have done our best for the club," he said.

"As a club, I can confidently say there is no club in the country whose players and coaches are better that Hearts of Oak.

"I am very happy that supporters are realizing that the problem is the technical team and when I made mention of that, I was attacked.

"We have recruited the best players in the country for the technical team and six of these players are with the Black Galaxies but look at the results they are churning out.

"We will leave it for the supporters to judge and see if these quality players are supposed to be churning out such results.

"I hinted on where the problem is and here we are today," he added.

Boadu also led the side to win the FA Cup, beating Bechem United.

The 36-year-old and his backroom staff were told to stay away from the team's training on Tuesday amid a tumultuous run since the start of the season.

Hearts of Oak sit 13th on the league log with just 2 points after three games played.

Hearts of Oak will be hoping to secure their first win of the season when they host Bibiani Gold Stars on Saturday at the Accra Sports Stadium in the matchday 4 games.