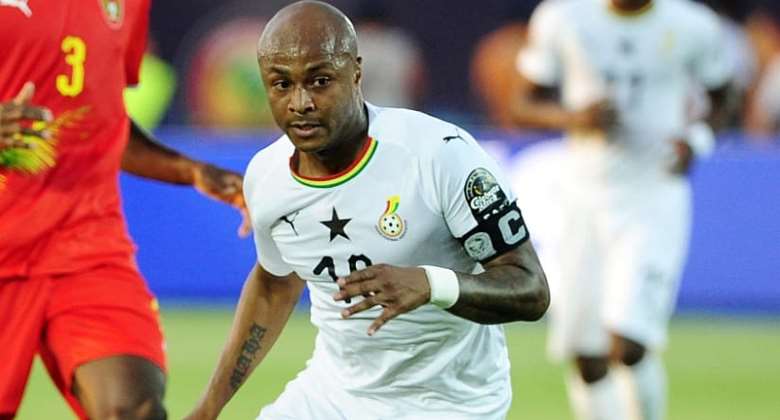 Ghana captain Andre Ayew is confident that the Black Stars will have a successful 2022 World Cup as the team continue to prepare for the tournament.

Black Stars suffered a 3-0 defeat by Brazil last Friday and have now arrived in Spain, where they will face Nicaragua in a match that the four-time African champions are expected to win.

“Everything is in place for us to have a successful World Cup. We must have the best preparation possible but, most importantly, all of your players must be fit at that time. We played Brazil, we’ll play Nicaragua and Switzerland before the World Cup. They are all big games that will be tough even though they are friendlies,” Ayew told Al Jazeera.

“These matches are beneficial because we put ourselves to the test and come back as a team to maintain bonding and unity. Normally, we have two to three weeks before the World Cup, but this time we only have about nine days. It’s not ideal but we have to adapt.”

Ghana’s first game is against former European champions Portugal. Following that, they will face South Korea and then Uruguay to wrap up the group stage.

Ghana’s group is seen as the Group of Death with the Black Stars not tipped to qualify, but Ayew, a member of the 2010 squad that reached the last eight in South Africa, believes Black Stars can defy pundits’ predictions.

“We have a chance. Nobody sees us as favourites, which is expected. So we know we’re not going into any of the matches as favourites but we’re there to fight and make an impact. No doubt it will be a very difficult group for every team and all we have to do is be ready, focused, determined, full squad and have a bit of luck,” said Ayew.

If we have our full squad, we can seriously disrupt a lot of teams. I am not concerned because I know what Ghana is capable of.”

Ayew will tie Asamoah Gyan as Ghana’s most capped player if he plays in Tuesday’s friendly against Nicaragua.

The Al Sadd forward debuted for the Black Stars in 2007 and has played 108 games, scoring 23 goals.