Alfred Lamptey flies to Tanzania for international contest on Friday 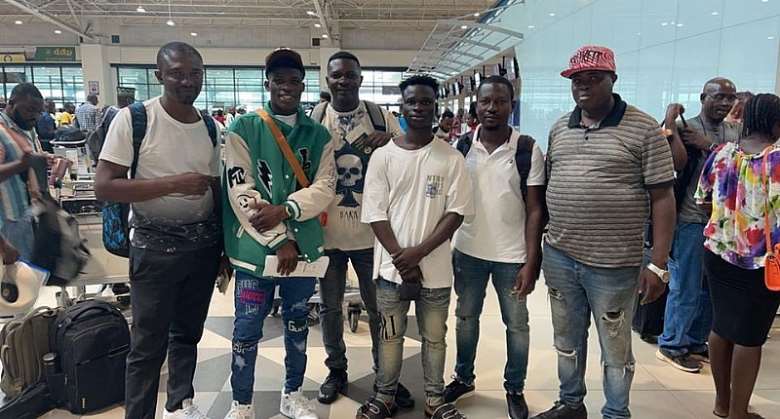 Multiple titlist Alfred Lamptey flies to Dar es Salaam, Tanzania today to prepare ahead for his fight this weekend on Friday, September 30, 2022, against Abraham Ndauendapo from Namibia for 8 rounds International Super Featherweight Contest.

Lamptey who is in high spirits promised to win and target the main world title.

He thanked his management and coaches for their support and contributions to his career.

Lamptey also commended his fans for their unflinching support and vowed to keep on making them happy with the victory.

His Manager, Mr. Alex Ntiamoah Boakye who is joining the technical team in Tanzania said they are hopeful of victory and intend to use the bout as a launching pad to his next step as a pro.

He revealed that the target is to win the world title.

Coach Ebenezer Adjei was also happy about the opportunity and promised a win. He expressed that Lamptey is well prepared and can win by KO or decision.

He is the current Sports Writers Association of Ghana (SWAG) Professional boxer of the year, 2021.