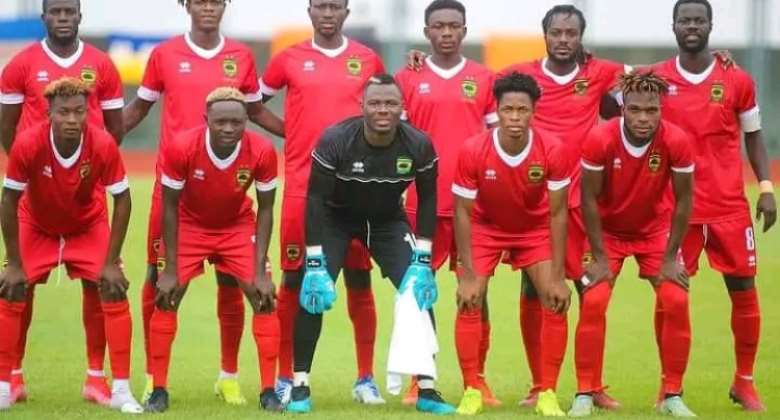 Asante Kotoko head coach, Seydou Zerbo has confirmed his starting lineup for the Super Clash against Hearts of Oak.

The Porcupine Warriors due to their participation in the CAF Champions League opened their season against their sworn rivals at the Baba Yara Stadium in the matchday 3 games.

The defending champions of the Premier League are entering the fixture after an embarrassing campaign in the CAF Champions League where they got eliminated at home by RC Kadiogo of Burkina Faso.

Seydou Zerbo will be hoping to secure their first win against Samuel Boadu's side in front of their home fans.

Below is Asante Kotoko line up