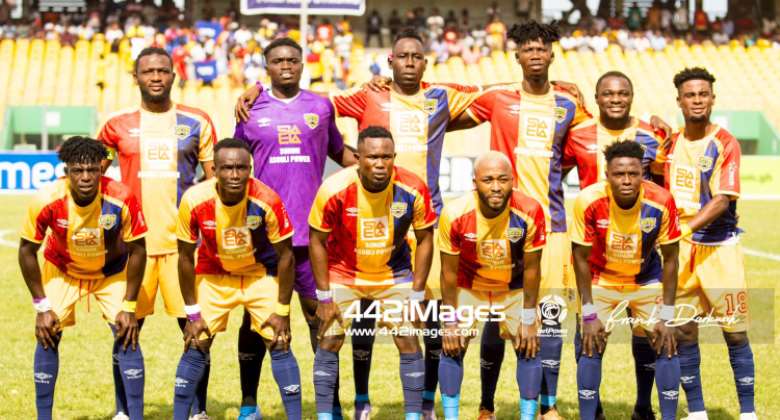 The Phobians who have failed to win any of their first two games of the season will be hosted at the Baba Yara Stadium.

Hearts of Oak are yet to secure a win in the ongoing Ghana Premier League season after losing to Aduana Stars and sharing spoils with Great Olympics last weekend.

Goalkeeper Richmond Ayi has been given the nod to be in the sticks for the Phobians against Asante Kotoko with newly-signed defender Zakaria Yakubu earning the first start with Junior Kaaba and Kwadwo Obeng Junior.

Surprisingly, Mohammed Alhassan has been left out of the Hearts of Oak squad for the Super Clash.

Below is Hearts of Oak line up