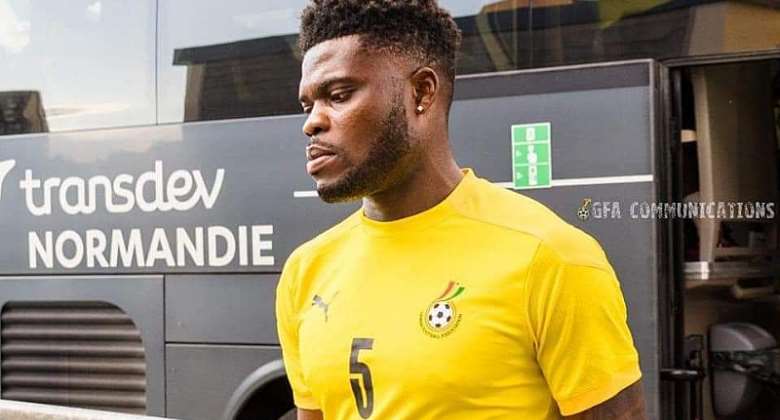 The 28-year-old missed Black Stars' friendly game against Brazil on Friday night at the Le Harve in France.

Partey during warm-up suffered a discomfort around the knee and was excused from the game as a precautionary measure.

However, it has now been confirmed that Partey has been permitted to return to his parent club, Arsenal, and is now expected to miss the second friendly game on Tuesday, September 27.

Kick-off for the game is scheduled at 18:00GMT.
The Athletico Madrid midfielder reported to the Black Stars for the two games after recovering from an injury that kept him out for a month and over.

Partey will be hoping to stay fit for Arsenal’s North London Derby at home to Tottenham immediately after the international break.

The Black Stars technical team will hope Partey stays fit ahead of the 2022 World Cup in Qatar which kick off from November 20 to December 18.

Ghana, meanwhile, will head to Spanish town Lorca tomorrow to prepare for the game against Nicaragua with Partey now expected to miss the game serving as preparations for the Mundial.