There are many available dates for Boxing Promoters - GBA President Neequaye 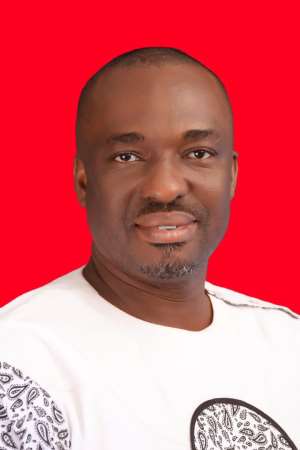 President of the Ghana Boxing Authority (GBA) Mr. Abraham Kotei Neequaye has disclosed that there are many free dates available for boxing promoters to organize bouts from now till the end of the year.

Speaking to this portal in an exclusive interview to debunk the falsehoods and misinformation around boxing circles in Ghana, he said the GBA has not hijacked some days and awarded them to Imax Media for the De –luxy Professional Boxing League.

According to him, some dates are very important and are used for national events like March 6, July 1, and December 26.

Explaining, he noted that the December 26 date was picked a long time ago when the GBA met the President of Ghana HE Nana Akufo Addo and informed him about the President's Belt Bill.

According to the GBA President, they are not in office to kill the sport but to make it better for all stakeholders to enjoy.

He said the Boxing League has raised the bar in promoting as they can pull the crowd and offer them quality entertainment and exciting boxing.

Mr. Neequaye said the boxing scene has become very attractive, and the promoters must take advantage and work hard than blame the GBA for making them not organize bouts.

“Our doors are always ready to support promoters. We are here to bring the best out of Ghana Boxing and I believe the boxers, coaches, and fans are happy” he stressed.

He said the GBA is continuing with the Boxing Leagues which were done in the eras of past presidents, Moses Foh Amoaning and Peter Zwennes with modifications and improved allowance for boxers and coaches.