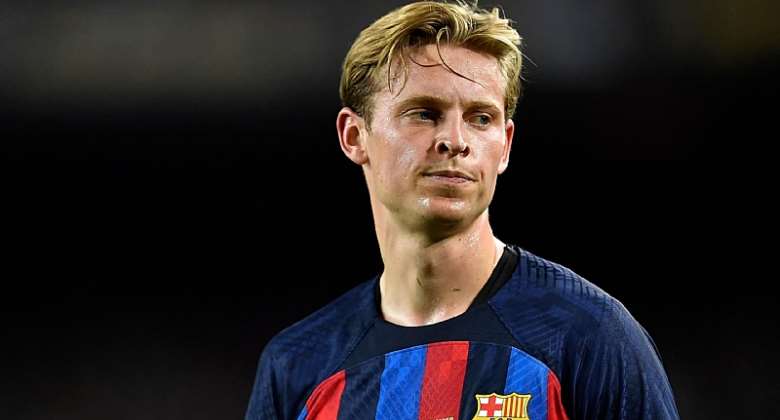 Frenkie de Jong has revealed he “always wanted to stay at Barcelona” after being strongly linked to a move to the Premier League.

Manchester United, Chelsea and Liverpool were all reported to be interested in De Jong, with new United boss Erik ten Hag particularly keen to rekindle his relationship with the Dutchman, who he worked with at Ajax.

Barcelona’s financial situation meant they were willing to sell De Jong, but he has stayed and is on a contract that expires in 2024.

"I always wanted to stay at Barcelona and this is why I always remained calm in the summer," De Jong told the press ahead of the Netherlands’ Nations League game against Poland.

"I can't give too much details away. But look, the club has its own ideas and I have my own ideas too and sometimes this clashes with each other. But at the end of the day things went okay."

Despite the financial difficulties at Barcelona, they signed seven players in the summer including Robert Lewandowski, Jules Kounde, Raphinha and Franck Kessie.

De Jong has continued to play a key role in midfield for Barcelona and is part of manager Xavi’s plans.

He has played eight times so far this season, scoring one goal with Barcelona two points behind arch-rivals Real Madrid in La Liga.

The sides will meet in the first El Clasico on October 16 in the middle of a packed month due to the Qatar World Cup which takes place from November 20 to December 18.