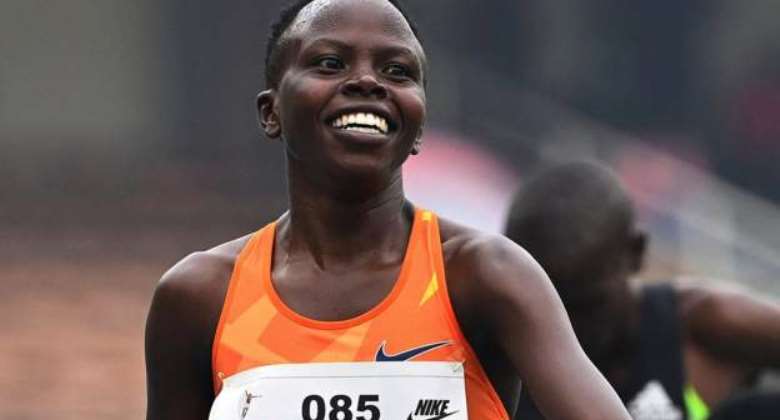 Olympic athlete Lilian Kasait Rengeruk has been handed a 10-month doping ban after being found to have used a prohibited substance by the sport's Athletics Integrity Unit.

Rengeruk, 25, who finished 12th in the 5,000 metres final at last year's Olympics in Tokyo, used the hormone therapy drug Letrozole.

The former world Under-18 3,000m champion had her results annulled from 20 January this year, the day she provided her positive sample.

The former All-African Games and national champion's suspension will run from April 2022 to February 2023 because she admitted her guilt.

"Taking into consideration how promptly the athlete admitted the anti-doping rule violations upon notification, the parties agree that the period of ineligibility shall be backdated," the AIU said in a statement.

Rengeruk is the eighth Kenyan to be banned for a positive doping test since the beginning of July.

In response to the trend, the country's athletics body - Athletics Kenya - announced a raft of measures earlier this month in a bid to tackle the problem.

"With effect from 1 October, Athletics Kenya will commence the registration of athletics training camps including details of all personnel in residence therein and their respective roles vis-a-vis the athletes," read an Athletics Kenya (AK) statement dated 7 September.

The new measures also require all coaches handling Kenyan athletes to have the correct work certificates and licences to operate within the east African country, as well as to instruct the relevant authorities of their contact details.

Prominent among the eight suspensions is Lawrence Cherono, the winner of both the Boston and Chicago marathons in 2019, who had to withdraw from Kenya's team for this year's World Championships, while already at their venue in Oregon, United States.

"Athletics Kenya has reinvigorated the intelligence and investigation unit with an aim of dismantling the cartels and taking the war on doping to a new level," AK said.

In 2016, Kenya was placed in the top category of the World Anti-Doping Agency's (WADA) compliance watch list.