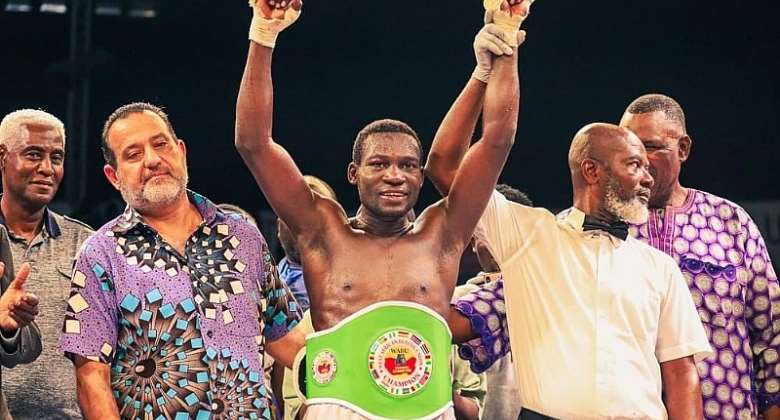 Prince Arhin produced the shock of the night as he defeated the experienced Joseph Tetteh from the Akotoku Gym as the judges scored 57-58, 55-59, and 57-58 in the middleweight contest.

Mohammed Fuseini from the CBQF Gym destroyed debutant Arnold Addo from the Palm Springs Gym in just round 1 of the Batam weight contest, after which he rendered an unqualified apology for reporting late to the ring.

John 'Candy Man's Easter from South Carolina delivered a devastating KO in round 1. Abraham Condoh proves to be no match for him.