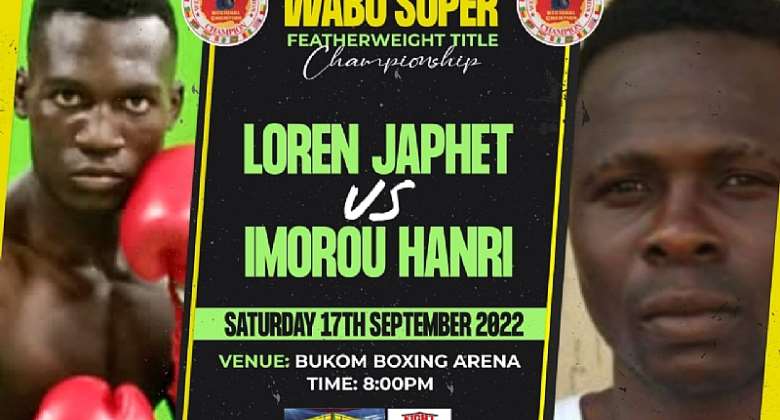 The 13th Fight Night of the De-luxy Professional Boxing League promoted by Imax Media expects to pull another crowd to the Bukom Boxing Arena on Saturday, September 17th, 2022.

On the bill are exciting pairings which have been sanctioned by the Ghana Boxing Authority (GBA).

Amolga Atopika of Seconds Out will face a boxer from The Gym.

Joseph Tetteh of Akotoku will face Prince Arhin of Sea View in a Middleweight contest, as John Easter meets Abraham Condoh in a Super Middleweight match.

Loren Japhet, a Tanzanian based in Ghana will face Tadja Woli Imoru Hanri of Benin for the WABU Super Featherweight Championship title. This is a fight boxing fans must not miss.

Mubarak Abubakar will face Sampson Amoak in a Middleweight fray, while Richard Fenyi squares up with Bernard Adzewoda.

Felix Ajom will take on Nathaniel Nukpe in a fight boxing fans can not miss.

Musicians Kamelyeon and Nii Funny will be present to dish out the music that the fans want.