Cheika dreaming of championship ahead of Boks clash 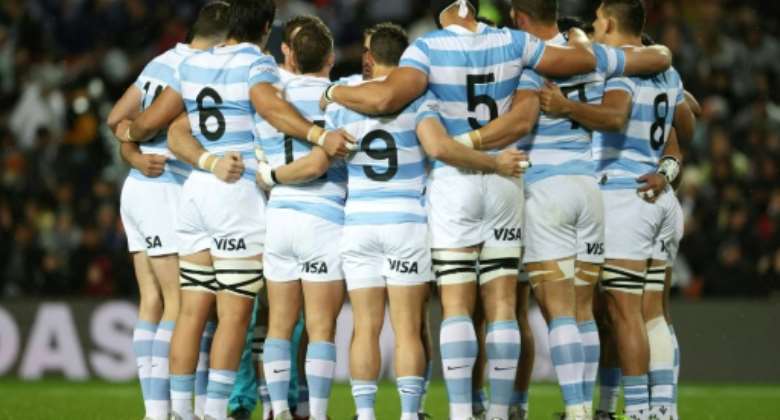 Argentina are bottom of the Rugby Chapionship but still in with a chance of winning the tournament aheadof playing South Africa. By MICHAEL BRADLEY (AFP)

When Michael Cheika took over as coach of Argentina he said his main aim was to build a team for next year's Rugby World Cup, yet ahead of Saturday's clash with South Africa in Buenos Aires, he is still dreaming of winning The Rugby Championship.

The Pumas began this week bottom of the table but only a point off the leaders New Zealand, who thrashed them 53-3 in their previous outing.

Ahead of that match, though, Argentina had been top of the standings with all four sides winning two and losing two of their opening four games.

It's a mark of how close this season's championship has been.

The Pumas are now five points behind the All Blacks, who earned a controversial and dramatic last gasp 39-37 win in Australia on Thursday, having played a game less.

But all four sides can still win the competition.

"It is up to us to keep The Rugby Championship open and alive," said Australian Cheika after making seven changes to his team.

Two weeks ago, Argentina suffered their heaviest ever Rugby Championship defeat to the All Blacks, a week after recording their first ever victory in New Zealand.

Cheika insisted there will be no hangover from their hiding.

"When we got back to work at the start of the week, everyone had a good attitude, very positive and have concentrated on the strategy for the game," he said.

"It will be important to impose our way of playing. South Africa are a lot different to play against than Australia and New Zealand. It will be a different dynamic."

With New Zealand playing at home to Australia next week, South Africa scrum-half Faf De Klerk knows that realistically his side will need to win their final two matches against Argentina to have any chance of finishing top.

"All the teams are aware of how close the log is in the competition, so we know that we probably need to get five points in (each of) our next two matches," said De Klerk this week.

"If we play to our potential, hopefully we can achieve that this weekend, and then we'll see next week exactly what we need to do in Durban."

He made three changes to the bench, bringing in Harlequins' wrecking ball Andre Esterhuizen, who is looking forward to a midfield battle should he come on.

"They have good centres. I've played against Jeronimo de la Fuente and Matias Moroni and they are tough players who run good lines and are solid on defence," he said.

De la Fuente starts after recovering from injury while Moroni drops to the bench.

Argentina have only won three of their 32 matches against the Boks, the last of those coming in 2018.

They have had four successive defeats since.

But in this tournament they have already recorded their record victory over Australia (48-17) and their first win away to New Zealand (24-18) so confidence is high.