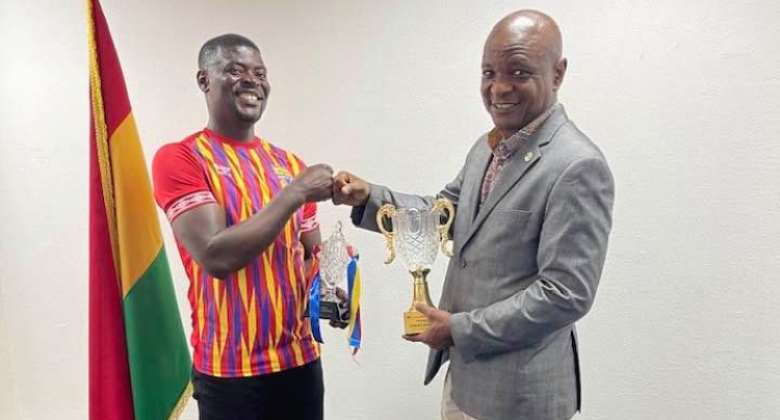 Board Chairman of Hearts of Oak, Togbe Afede XIV has opened up on why Samuel Boadu has left his role as the Black Satellites coach.

The former Medeama SC boss was named as the assistant coach to Karim Zito.

However, the 35-year-old resigned from his post at the Ghana U-20 level after the leadership of Hearts of Oak told him to choose between the club and the national side.

Togbe Afede XIV admitted that Samuel Boadu is a good coach that's why the GFA wanted him on the national team, but insists that they can't share him with any other team.

"Of course, you know that he(Samuel Boadu) was successful that's why they (Ghana Football Association) wanted him at the national team level, but we said no," he said at the engagement with supporters in Kumasi.

"We want our technical team to devote hundred and ten percent of their time to Hearts of Oak," he insisted.

Hearts of Oak will travel to Dormaa Ahenkro to battle it out with Aduana Stars on the opening weekend of the 2022/23 betPawa Ghana Premier League.