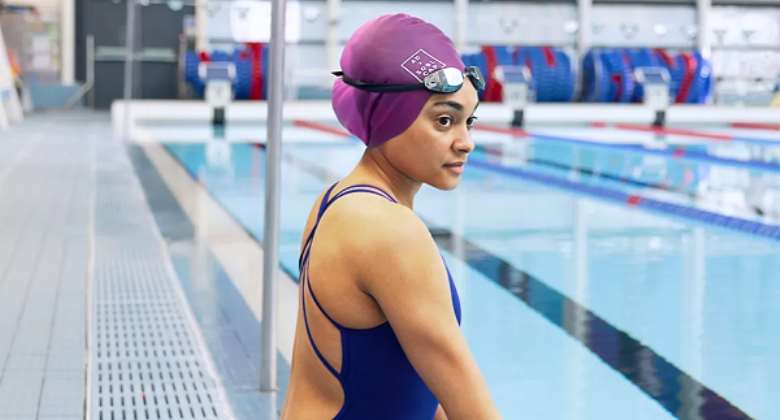 A swimming cap for afro hair has been approved for use in top-level competitions.

The specialized covering - designed for thick, curly hair and styles such as dreadlocks, weaves, and braids - was banned from last year's Olympics.

Manufacturer Soul Cap described the approval from governing body Fina as "a huge step in the right direction".

"We're excited to see the future of a sport that's becoming more inclusive," it said.

Fina executive director Brent Nowicki said the announcement "follows a period of review and discussion on cap design between Fina and Soul Cap over the past year", in a statement reported by the Metro.

"Promoting diversity and inclusivity is at the heart of Fina's work, and all aquatic athletes must have access to the appropriate swimwear."

Afro hair is naturally drier than other hair because it has fewer cell layers. The sodium hypochlorite - or bleach - found in swimming pools can dry it out more, leading to damage.

Last year, Soul Cap said Fina had told them the hats weren't suitable because they didn't follow "the natural form of the head".

Many swimmers criticized the comments, with some saying it would discourage black people from participating in the sport.

Kejai Terrelonge said haircare was one of many barriers she's faced.

"Using the smaller swimming caps that everyone else would use - it would fit on my head.

"But because I put [protective] oil in my hair, when I was swimming it would just keep sliding off and my hair would get wet," said Kejai, who lives in Birmingham.

In response, Fina said it would review the situation and added that it understood "the importance of inclusivity and representation".

White British children are over-represented in swimming relative to the wider population, according to a 2020 report by Sport England.

Around 29.3% of white British children take part in swimming, compared with 21.9% of Asian children and 20.1% of black children.

The decision "sets a precedent for the sport" according to swimmer Alice Dearing, the first black woman to represent Great Britain in an Olympic swimming event.

"Giving swimmers the option is what this is all about. Self-expression & love," she said on Instagram.

Soul Cap said the decision was not "just about the Olympics and other high-profile events" but "competitive swimming at every level".

"[It's] bringing inclusive swimwear into competitive swimming, and helping to bring down some of the obstacles that are keeping swimmers away from the sport," the company said.