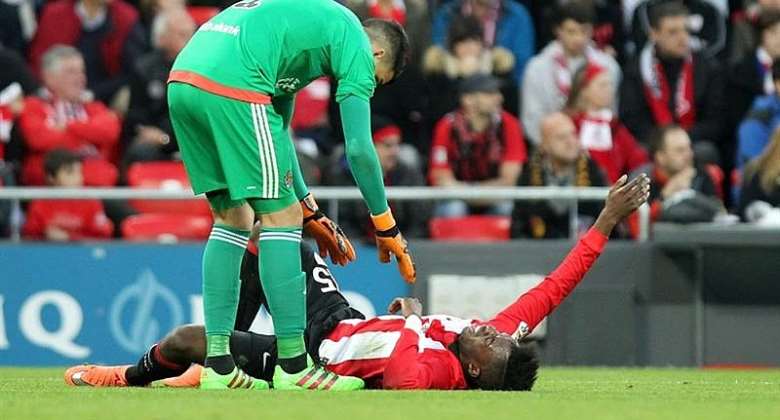 This is because the attacker has suffered an injury setback today while in action for Athletic Bilbao in the game against Cadiz CF on Monday evening.

In a matchday 3 encounter of the ongoing Spanish La Liga season, the hardworking forward scored in the 24th minute to open the scoring for the visitors.

Having missed a penalty ten minutes later, Inaki Williams’ hope of making amends by scoring in the second half could not be realised.

He picked up an injury in the 54th minute and had to be taken off.

While the extent of the injury is yet to be confirmed, there are already concerns that it could see him miss out on Ghana’s upcoming international friendly matches in September.

He only recently switched his nationality to become eligible to play for the Black Stars and has been in line for a debut call-up since the new football season commenced.

Next month, the Black Stars are in line to take on Brazil and Nicaragua during the international break.

Information gathered indicates that Inaki Williams will be assessed on Tuesday to ascertain the extent of his injury.

More from Exclusive News
ModernGhana Links
COVID-19 made me realise how important my family was to me — Jordan Ayew
We also love you and all our Ghanaians reds — Manchester United exchanges love with Nana Aba Anamoah
2023 CHANQ: Black Galaxies hold training ahead of second leg tie against Benin
TOP STORIES