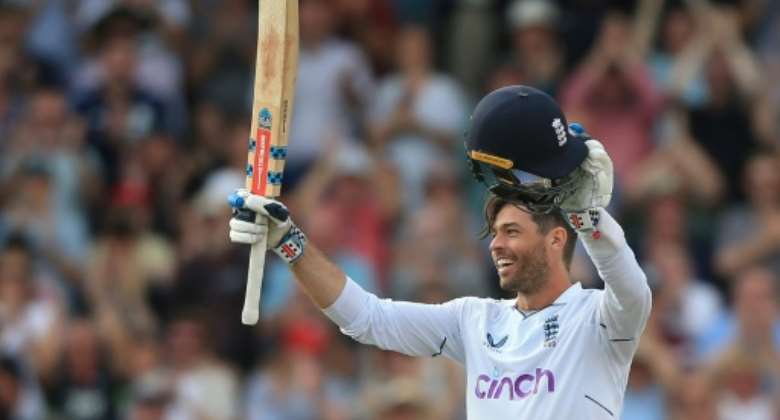 England overwhelmed South Africa by an innings and 85 runs in the second Test at Manchester's Old Trafford on Saturday.

This win, which meant England levelled a three-match series at 1-1, was even more emphatic than South Africa's innings and 12-run triumph in the first Test at Lord's.

Here, AFP Sport looks at three things we learned from another three-day finish in the series.

Foakes stars with the bat as well as the gloves

Ben Foakes has long been acknowledged as one of the best wicketkeepers in England, but the presence of Jonny Bairstow -- now deployed as a specialist batsman -- and white-ball captain Jos Buttler in and around the red-ball set-up has seen him denied Test chances amid concerns over his batting.

Surrey gloveman Foakes, 29, has in particular suffered from the perception he is particularly vulnerable against fast bowling.

But against one of the best pace attacks in the world, Foakes's 113 not out in a total of 415-9 declared at Old Trafford was exactly what England required.

England were still behind South Africa's meagre first innings 151 when Foakes came into bat at 147-5, but his sixth-wicket stand of 173 with captain Ben Stokes (103) proved to be the decisive partnership of the match.

Foakes has now scored two Test hundreds, as many as Buttler but in just over a quarter of the number of matches -- 16 to 57.

"It was a match-defining hundred from him batting at number seven," said Stokes of Foakes's hundred. "But then also there is his wicketkeeping. He's the best in the world."

England can win without Root runs

England's Joe Root walks back to the pavilion. By Lindsey Parnaby (AFP)

Joe Root is the outstanding England batsman of his generation, as exemplified by an overall Test record of 10,481 runs, including 28 hundreds, from 123 matches at an average of over 50 -- the mark of a great player.

This season Root, back in the ranks after standing down as captain, has scored 592 runs in six Tests, including three hundreds, at a huge average of 74.

All teams are, almost by definition, reliant on their best players but even someone as talented as Root will have the odd bad match.

That made England's victory in Manchester all the more significant as it was the first time in two years they had won a Test without a score of 50 or more from Root, who was out for nine.

South Africa captain Dean Elgar was out for just 11 in the second innings of the second Test against England at Old Trafford. By Lindsey Parnaby (AFP)

South Africa, despite a dominant display at Lord's, opted to change a winning team with towering left-arm fast bowler Marco Jansen unlucky to be dropped after taking four wickets and making 48 in a low-scoring game.

The Proteas' hoped recalled off-spinner Simon Harmer would be a factor in the fourth innings, but such an idea almost obliged South Africa captain Dean Elgar to bat first upon winning the toss, even though it meant exposing his fragile top order to the new ball in overcast conditions favouring England's quicks.

South Africa slumped to 77-5 and, with England batting just the once, the fourth innings where they hoped Harmer might star never came about.

"Sure the ball went around but this is Test cricket, man, you need to deal with it.

"We did lose those two wickets just before lunch, if we were three down at lunch, 80-odd for three we would have been in a pretty good position, I would've bitten my arm off for that result. We were five down and you're always going to be playing catch-up cricket."