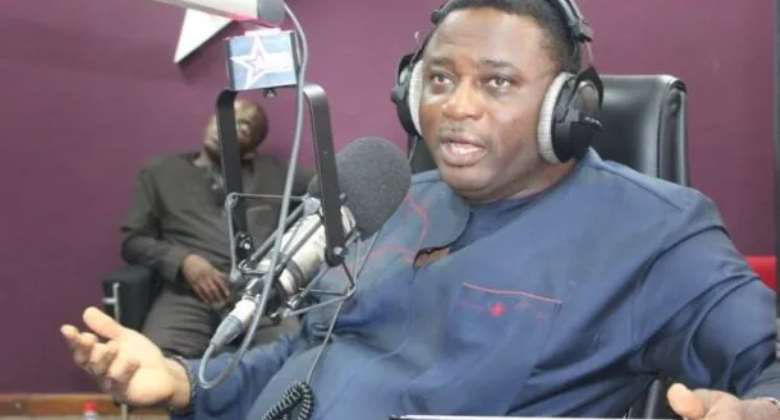 Former Youth and Sports Minister, Elvis Afriyie-Ankrah has said Otto Addo, who is the head coach of the Black Stars can determine Asamoah Gyan's return to the national team.

Gyan, who is the country's all-time leading goalscorer in an interview with the BBC confirmed that he is bidding to play at the 2022 World Cup in Qatar.

The 37-year-old who has been clubless for the past two years last played for the national team during the 2019 Africa Cup of Nations [AFCON] in Egypt, where the team was bundled out of the tournament at the Round of 16.

Gyan's declaration has generated controversies with several questioning his decision to return to the Black Stars.

“It’s entirely up to the coach, he has to assess him, his physical fitness, mental fitness and match fitness because those are different levels. You have to be physically fit, your state of mind and then match fitness which also has to do with the track record watching you in real competitive matches or training sessions to see if you’re still sharp. So those are not decisions that I can just sit in my room and say yes or no. Those are decisions that those who are responsible have to do all the analysis and decide based on the facts and evidence, not on sentiments and emotions,” Afriyie Ankrah said on LUV FM.

“Also based on the team’s strategy, we are going into a World Cup and the technical people will have a strategy as to the kind of formation that they want to use. Whether they want to use an attacking predominant type of team, or midfield predominant because we have a lot of talents at that department of our team or defensive like the so-called one goal project type of thing. So again, all these are things that those who are responsible will have to make a firm decision on.”

Gyan has six goals at the World Cup, making him Africa’s leading scorer. The former Sunderland forward hasn’t played competitive football since his last match for former club Legon Cities in May 2021.

Ghana, who have been drawn in Group H will open their campaign against Portugal on November 24 at Stadium 974 in Doha.