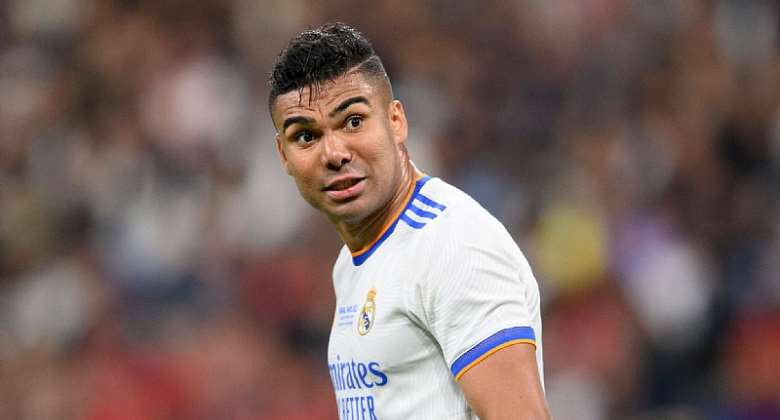 Real Madrid boss Carlo Ancelotti has confirmed Casemiro is leaving the club in search of a new challenge.

The midfielder is close to joining Manchester United in a deal worth £60million after reportedly agreeing a four-deal deal with the Red Devils.

Ancelotti said on Friday: ‘I have spoken with Casemiro. He wants to try a new challenge. We understand his decision

‘Negotiations are ongoing but he has decided to leave Real Madrid.’

‘Casemiro will not play on Saturday. Replacement? We have signed [Aurelien] Tchouaméni and he’s one of the best on the market. Then we have [Toni] Kroos and [Eduardo] Camavinga.

‘Yesterday I realised it was a real thing [Casemiro to Man Utd]. My plans won’t change.’

The 30-year-old has been at Madrid since 2013 and won a whole host of major honours including three La Liga titles and five Champions Leagues.

The proposed deal with United means Erik ten Hag finally gets a midfielder in after chasing Ajax’s Frenkie de Jong all summer.

Casemiro is set for a medical on Friday, but won’t be eligible to play rivals Liverpool on Monday night even if he completes a deal today or over the weekend.

Deals for new signings have to be finalised by 12pm on the previous working day to feature in the same gameweek.

The Red Devils are also in the market for a forward and right-back before the end of the transfer window on September 1.

Cody Gakpo of PSV and Antony of Ajax have been linked, with a €80m offer rejected for the latter earlier this week.