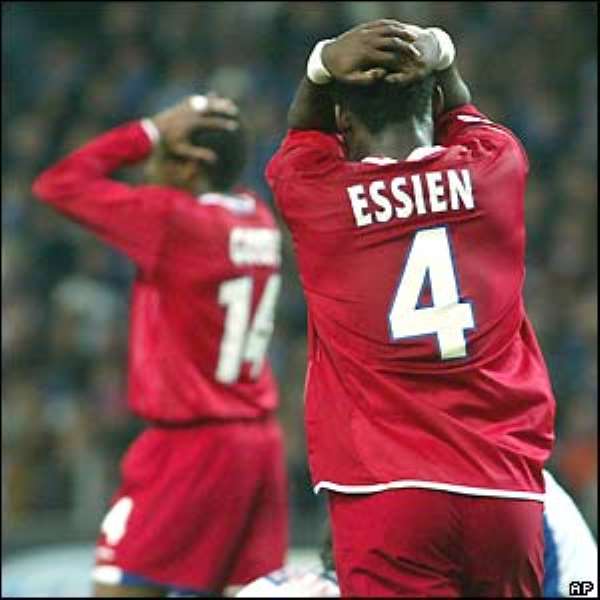 THE marathon transfer saga over Chelsea's bid to sign Lyon's Michael Essien took another twist last night when it was revealed the Premiership champions had still not received the relevant paperwork to complete the move.

Lyon had earlier claimed on their official website that a deal had been agreed, and reports suggested Essien was on his way to London for a medical. But Chelsea were left in limbo after waiting in vain for the vital documents that would enable them to seal the deal. They had not arrived by close of business, and as a result the midfielder will not be arriving at Stamford Bridge for a medical today.

Lyon president Jean-Michael Aulas had hoped to persuade Essien to stay at the club, but the 22-year-old African is determined to quit the French champions for London. He threatened to go on strike and then told Aulas he would not even consider discussing a new contract with the club after the president had publicly claimed the proposed transfer was off.

Essien's stance forced Aulas to reconsider, and Chelsea continued their dialogue with the French club so that a fee of £24million was finally agreed. Chelsea are now pinning their hopes on the paperwork arriving overnight, so they can finally begin arrangements for the player to travel to England for a medical tomorrow or Thursday.