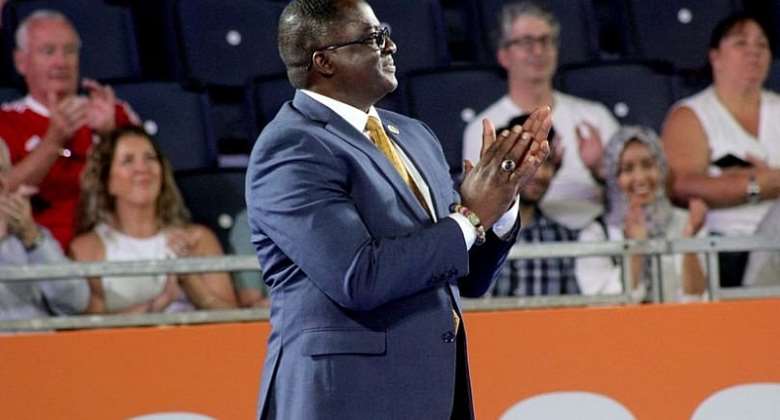 The President of the Commonwealth Games Association and Ghana Olympic Committee has reiterated his belief that Ghana can produce outstanding results at future continental and international sporting events with the right long-term planning, financial backing through sponsorship, as well as adequate training and camping.

Team Ghana narrowly missed out on an elusive gold medal at the Commonwealth Games following Abraham Mensah's controversial loss to Dylan Eagleson of Northern Ireland in the final of the Men's Bantamweight Boxing contest.

The verdict against the 19-year-old Ghanaian from Jamestown drew boos and cat whistles from the stunned NEC Boxing Centre in Birmingham.

"Without sounding like a sore loser, that verdict could easily have gone Abraham's way and it would have been a well-deserved gold medal"

According to Mr. Nunoo Mensah, the records and statistics show that Team Ghana still produced the best performance at the sporting festival attended by 72 nations and territories since 1998.

"The five medals our boys and one lady captured could easily have been in double figures but there were slips ups including some tight decisions against the Black Bombers, one no show in the boxing final due to ill health on the part of Joseph Commey and the unfortunate disqualification of our men's sprint quartet".

Whilst Abraham Mensah and Joseph Commey put up gutsy displays to bring home silver in their Boxing divisions.

The modest total haul of laurels matched Ghana’s best performance at the Games since the 1998 edition held in Kuala Lumpur, Malaysia.

The GOC President referred to history to back his assertion that gradual progress is being made even though Ghana can do far better.

"If you would recall, at the 2002 Manchester Commonwealth Games, we won a solitary bronze medal, this was followed by three medals at the 2006 edition in Melbourne, Australia."

He added that good preparations, proper selection, and sponsorship of athletes have always been key to the success or otherwise of Ghana at the Commonwealth Games.

In 2010, Ghana made a steady improvement with four medals in Delhi, India.

This was followed by the Glasgow Games in 2014, where Ghana returned home with two bronze medals before the 2018 edition held in Queensland, Australia, where Ghana won just a bronze medal secured by boxer Jessie Lartey.

"So even though we did not win a gold medal in Birmingham, it was a very impressive round team performance by one of the youngest contingents we have paraded in recent games. We cannot rest on our oars at all".