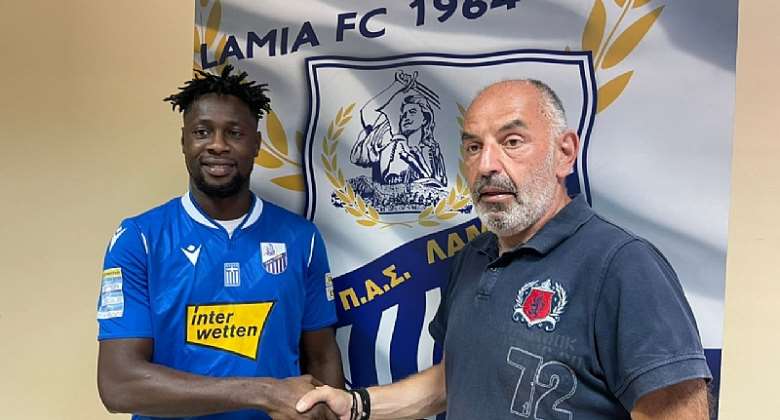 Ghana international, Richmond Boakye Yiadom has made Greece his next destination after ending his stay in Israel where he spent a season with Beitar Jerusalem.

The towering forward has today completed a move to join Lamia FC after passing a mandatory medical examination on the back of successful negotiations.

“PAE Lamia is pleased to announce the start of its partnership with 29-year-old (28/01/1993) international, Ghanaian striker, Richmond Boakye.

“The experienced Ghanaian has previously played for Genoa in Italy, Sassuolo, Atalanta, Juventus, Latina Calcio, Elche in Spain, Ronda in the Netherlands, Red Star in Serbia, Jiangsu Suning in China, Gornik Zabrze in Poland, while last year he played in Israel with Beitar Jerusalem.

“We welcome him and wish him health and many successes with our team,” the club announced today.

Speaking after signing the contract to join Lamia FC, an elated Richmond Boakye Yiadom disclosed that his target is to help his new club to achieve the goals set for the season.

"I am very happy to be in the Lamia team. It is a special challenge for my career and I hope we can all achieve our goals together,” the Black Stars striker said as quoted on the website of Lamia FC.

E-Levy: Gov’t determined to behave like a vampire to suck th...
45 minutes ago

Gov’t will hide behind IMF discussions to force more hardshi...
45 minutes ago