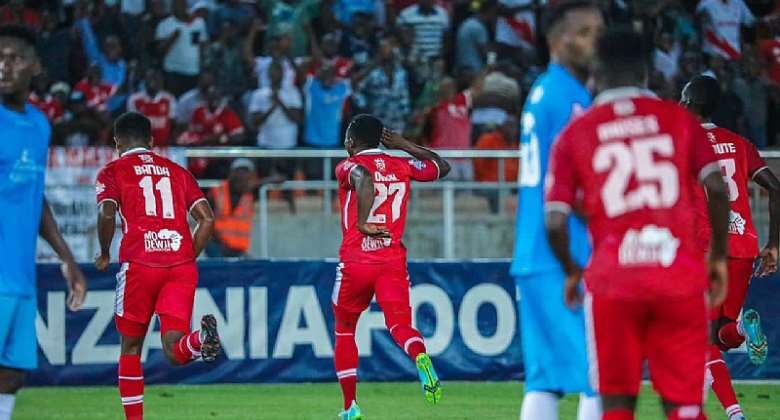 Ghana international, Augustine Okrah is off the mark in the Tanzanian Premier League after playing his first official match for his new club, Simba SC.

The highly-rated attacker started for his team today when the side hosted Geita Gold in a matchday 1 encounter of the 2022/23 Ghana Premier League season.

Just 36 minutes into his debut appearance in the Tanzanian League, talented Augustine Okrah made good use of a chance and fired a shot into the back of the net of the opponent.

Having given Simba SC the lead, the attacking midfielder continued to excel in his role and helped the hosts to score two additional goals in the second half.

After recess, Moses Phiri equalised to double the lead for Simba SC in the 61st minute before a strike from Clatous Chama in the 81st minute sealed the delightful 3-0 victory at the end of the 90 minutes.

Following his debut delight, Augustine Okrah has started life in Tanzania on a good note and could be the star that leads Simba SC to another league title this season.