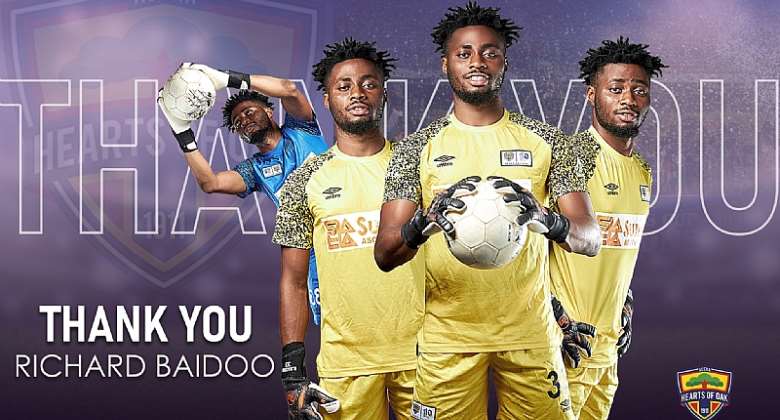 Ghana Premier League side, Hearts of Oak have announced that the club will not continue with goalkeeper Richard Baidoo in the upcoming football season.

In an official club statement on Tuesday, August 16, it has confirmed severing ties with the goalkeeper and bids him farewell to the next chapter of his career.

“The Phobia fraternity wishes to express our gratitude to Richard Baidoo for everything he achieved with the club. We wish you well in all of your future endeavors as you open another chapter in your career.

“All the best RICHARD BAIDOO,” an official statement from Hearts of Oak has said today.

Youngster Richard Baidoo was one of the four registered goalkeepers of Hearts of Oka during the 2021/22 Ghanaian football season.

Unfortunately, he could not climb the pecking order and as a result, did not enjoy playing time.

Sources are reporting that he is a transfer target of a number of Ghana Premier League clubs and could seal a move before the close of this week.

Bawku Conflict : NMC cautions against "weaponization" of med...
6 minutes ago