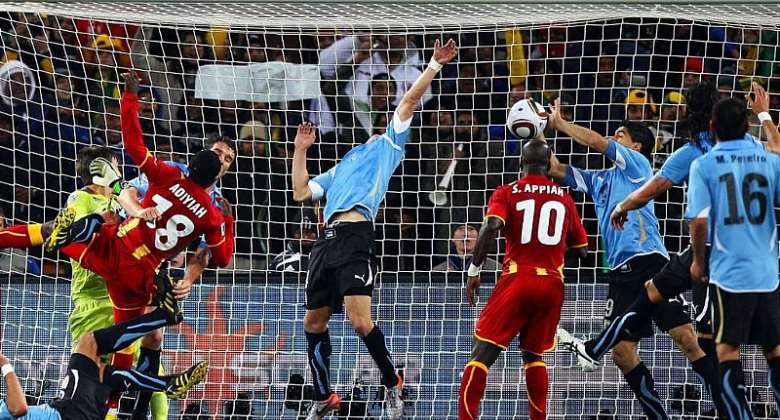 Asamoah Gyan has said Ghanaians want revenge against Uruguay and Luis Suarez in the 2022 World Cup.

Ghana have been paired with Uruguay, Portugal, and South Korea in Group H of the Mundial which kicks off in November.

The West African country has a standing rivalry with the South American country in the history of the World Cup.

In the 2010 global showpiece in South Africa, Uruguay won the quarterfinal game after Luis Suarez used his hands to prevent Dominic Adiyiah's effort was headed for the net.

The former Liverpool and Barcelona forward was sent off but Uruguay defeat Ghana on penalties to book a place in the semifinals.

“Ghanaians want revenge [against Uruguay]. It’s the Ghanaian motivation. I’ve been in the game for a long time. People outside know what happened. The whole world knows what happened. When the draw was made and they saw Uruguay were in Ghana’s group, the only thing that came to mind was revenge. It’s a normal thing. Ghanaians want revenge,” Gyan, who is a former Ghana captain told BBC.

“Personally, I just sat back and I just smiled because I understand how the game goes. Things happen. What happened in 2010 is behind me but maybe there might be another opportunity. When the time comes and I’m part of the team and we play against Uruguay, you might never know what is going to happen. We just have to be ourselves. Obviously, I’m human. I have in the back of my mind that maybe if I get another chance, I can be able to prove myself.”

Ghana will open its campaign against Portugal on November 24 at Stadium 974 in Doha.