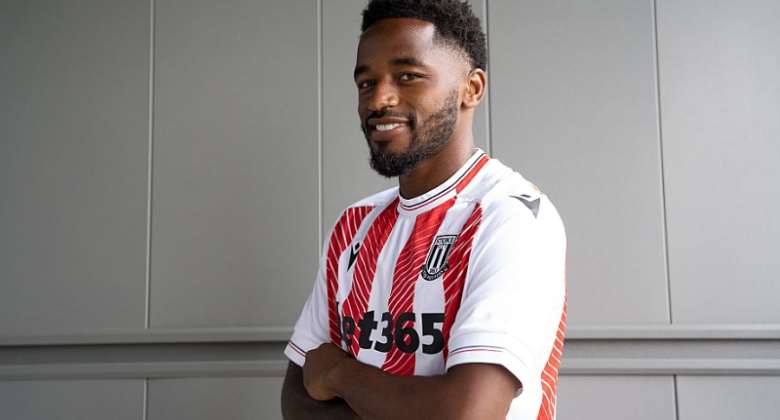 The 26 year old has joined the side on a long season loan deal from Premier League side, Brentford.

Fosu, who can play as a wing-back on either side as well as an attacking midfielder, will spend the 2022/23 season at the bet365 Stadium.

Fosu progressed through the academy at Reading before making his debut for the Royals at the end of the 2014/15 season.

Loan spells with Fleetwood Town, Accrington Stanley, and Colchester United followed before he joined Charlton Athletic on a permanent deal in 2017.

After helping the Addicks to the playoffs in successive seasons, Fosu moved to Oxford United in the summer of 2019 and scored 10 goals in the first half of the season.

His impressive form at the Kassam Stadium prompted Brentford to swoop for his services on the final day of the January transfer window.

Fosu helped the Bees reach the Championship play-off final in his first few months at the club before scoring four goals in 49 appearances as Thomas Frank’s side-sealed promotion the following season.

The Black Stars winger has struggled with injuries since helping the Bees earn promotion to the topflight last season.

He has spent most of his time on the sidelines with competition for regular first time football also keeping him out of the squad.

Fosu made only one appearance in the English Premier League last season and played twice in the EFL.

Injuries have also affected his Black Stars call-ups as he missed the 2021 Africa Cup of Nations in Cameroon earlier this year.

The move to Stoke City is expected to give him more play time and a chance to impress Ghana coach Otto Addo, who could recall him to the squad before the 2022 FIFA World Cup in Qatar.

Fosu was capped by England at the U18 level. He was called up to the Ghana squad for two 2021 Africa Cup of Nations qualifiers in March 2020, which were later postponed.

Fosu made his first appearances for the team with starts in friendlies versus Mali and Qatar in October 2020 and he scored his first international goal in the latter match, with the opener in a 5–1 victory.

Following appearances in a pair of 2021 Africa Cup of Nations qualifiers versus Sudan in November 2020, Fosu was removed from a training camp before a pair of friendly matches in June 2021.