I will be available for Africa Cup of Nations, says new Ghana striker Inaki Williams 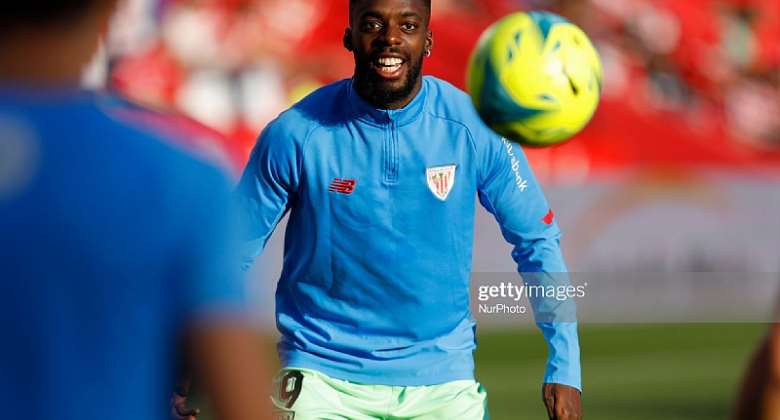 Inaki Williams, of Athletic Club warms up during the La Liga match between Granada CF and Athletic Club at Nuevo Los Carmenes Stadium on May 10, 2022 in Granada, Spain. (Photo by Ãlex CÃ¡mara/NurPhoto via Getty Images)

Athletic Bilbao forward, Inaki Williams has promised that he would be available for Ghana for the next edition of the Africa Cup of Nations [AFCON].

The Black Stars after two matches played in the 2024 Afcon qualifiers sit top of Group C with 4 points.

Ghana will continue their qualifiers with a doubleheader against Angola next year ahead of the tournament that will be held in Ivory Coast.

Having completed their nationality switch to play for the West African country, some of the players have been described as an opportunist but Williams has insisted he is ready and committed to play for the country.

"I will be available for the Nations Cup, that's why I made the choice," Williams told BBC.

"We valued that the next editions will be in the winter, but at the end of the day, many European clubs lose their best players.

"Representing the country my parents are from and the country where I feel very loved, I will try to give everything for Ghana."

Asked if his decision would have been different if he had to choose between Ghana and Spain, Williams replied: "I don't know. The choice I made is Ghana, for my family, for myself, for everything they have shown me the last few months."