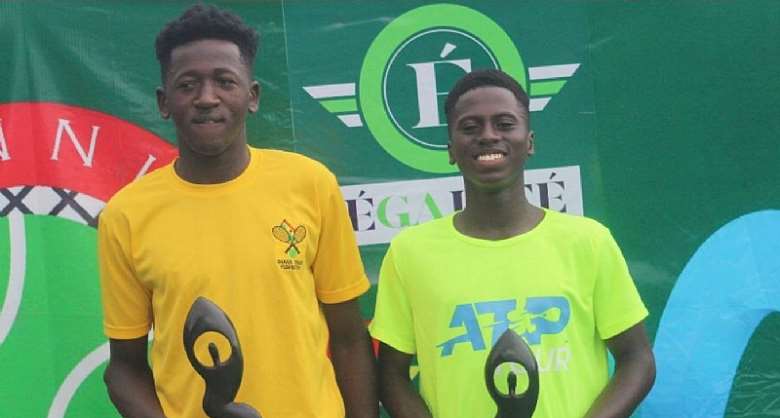 The Moroccan needed just an hour and 5 minutes to win a one-sided match against the Ghanaian.

Speaking to this portal, Bennani said "it is the best thing winning my first ITF junior title and I had an unbelievable week, would consider it as the best week of my life so far."

It was an all Ghanaian affair in the boy's doubles final as Desmond Ayaaba partnered Raphael Nii Ankrah to beat Ishmael Nii Nortey Dowouna and Abubakari Yakubu Lea 6-4,3-6,(10-8).

Pavitra Parikh of India and Shahd Habib of Egypt