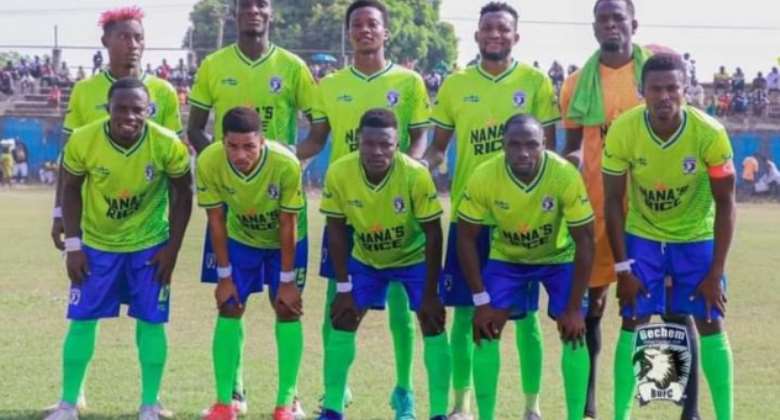 Bechem United have called off plans to have their pre-season in Europe ahead of the new Ghana football season.

The 2021/22 MTN FA Cup finalists were the second side to confirm they will be traveling abroad to prepare for the upcoming season.

The Haunters was supposed to leave Ghana on July 12, 2022, to France to prepare for the new campaign, where they had planned to play some friendly games before returning to Ghana to continue with their preparation.

“Unfortunately, due to certain reasons beyond our control, we had to put the pre-season tour of Europe on hold and then put ourselves together here in Ghana," Communications Director of the club, Emmanuel Gyasi told Kumasi-based Luv FM.

“So, at the moment, the team is in Accra that’s where we are having our pre-season, it is the same thing we did last season.

“We are looking at spending at least four weeks here in Accra and finally we get back to Bechem to complete the pre-season and prepare fully for the 2022/23 season,” he stated.

Bechem United will open their 2022/23 Ghana premier league campaign with an away fixture against Accra Great Olympics in Accra.