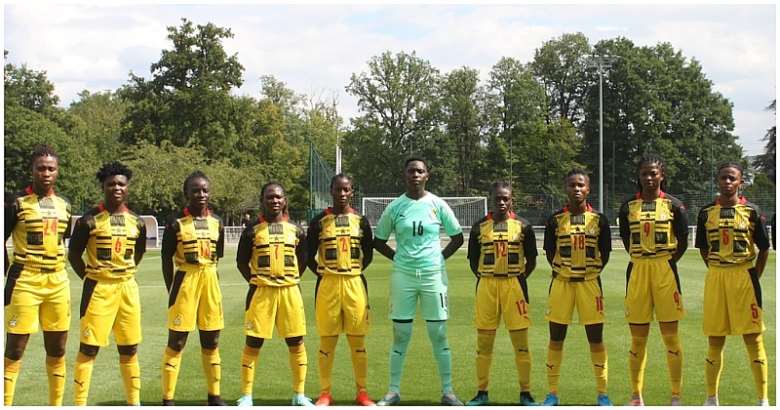 Things have gone from bad to worse for the Black Princesses of Ghana at the 2022 FIFA Women’s U20 World Cup currently ongoing in Costa Rica.

The Black Princesses kicked off their campaign at the tournament last Thursday when the team faced off with the USA.

Unfortunately, a red card did not help matters for the Ghana U20 women’s team as the side lost 3-0 to the opponent at the end of the 90 minutes.

Today, the Black Princesses faced off with defending champions Japan in a bid to fight for at least a point to have any chance of progressing to the knockout stage of the tournament.

Although the Princesses will do well to keep the Japanese in check throughout the 90 minutes, the favourites found a way in the second half.

A brace from Maika Hamano was enough to propel Japan to a 2-0 win at the end of the exciting contest.

With the second defeat in the group stage of the 2022 FIFA U20 Women’s World Cup, Ghana’s Black Princesses are on the brink of elimination.

If the USA beats the Netherlands later tonight, it will confirm Ghana’s exit from the tournament, pending the final group game.