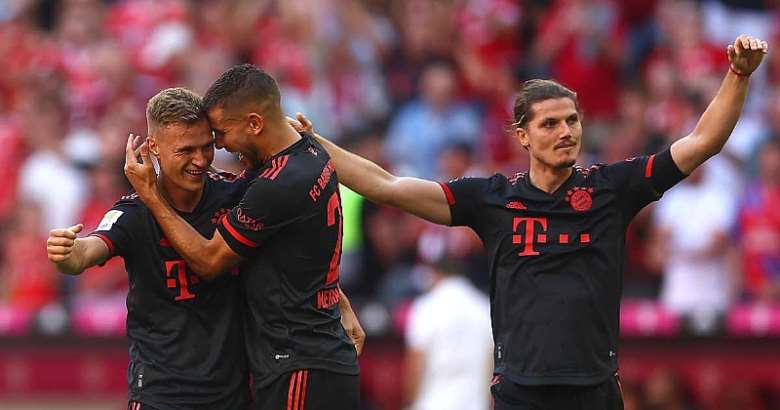 Jamal Musiala continued his fine start to the season scoring Bayern's opener as they cruised to victory over Wolfsburg in their Bundesliga home match of the season.

The one-time Chelsea youth player opened the scoring 12 minutes before the break placing an unstoppable effort past Koen Casteels from 25 yards out for his third goal of the campaign.

A minute before the break the lead was doubled when Alphonso Davies raced to the byline and set up Joshua Kimmich and, though his effort was weak, Thomas Muller was on hand to turn the ball home.

Despite dominating the match Bayern could not add to their lead and though Sadio Mane had the ball over the goal-line twice, on both occasions his efforts were ruled out for offside.

Bayern have a 100 percent record after two games and lead rivals Borussia Dortmund at the summit of the Bundesliga on goal difference.