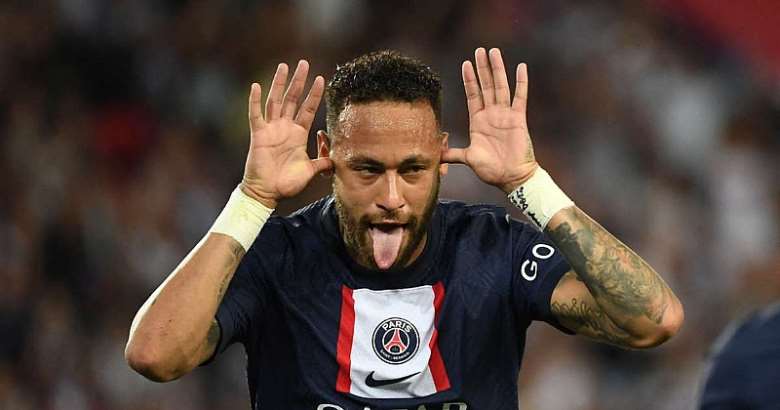 Paris Saint-Germain strengthened their grip at the top of Ligue 1 as Christophe Galtier’s side thrashed Montpellier 5-2 at the Parc des Princes.

After a resounding 5-0 victory away at Clermont Foot on the opening matchday last weekend, PSG came into their first home game of the season in a confident mood. But, in spite of that, the defending Ligue 1 champions were left frustrated in the first part of the game as Montpellier sat deep in a compact low-block.

Les Parisiens were then given an opportunity to make the breakthrough in the 22nd minute, as they were awarded a penalty following a VAR check by the referee for a handball by Jordan Ferri in the box.

Kylian Mbappe, making his first Ligue 1 start of the season, stood over the spot-kick. Unfortunately for PSG’s star man, his penalty was saved well by Montpellier goalkeeper Jonas Omlin.

Despite the miss, Paris soon found the breakthrough a quarter of an hour later. Mbappe’s low cross into the area was turned in by Montpellier centre-back Falaye Sacko, who scored an unfortunate own goal.

Sacko’s night then got even worse, as just two minutes later, the defender handled the ball in the box to award PSG a second penalty of the match. Neymar made no mistake from the spot, placing the ball into the bottom-left corner.

Paris then got a third shortly after the break, as Neymar got his brace with a header past Omlin at the near post to put the result beyond any doubt.

Montpellier hit back against the run of play in the 58th minute, as Wahbi Khazri pounced on a rebound from a Gianluigi Donnarumma save in the box to score an easy tap-in.

It proved to be nothing more than a consolation though, as Paris had their fourth in the 69th minute. Mbappe reacted quickest at the far post following a corner to poke his shot home.

Late substitute and new Paris signing Renato Sanches also got onto the scoresheet with three minutes to play to cap off a great evening in the French capital.

Montpellier then scored yet another consolation right before the full-time whistle, as Enzo Gianni Tchato Mbiayi got in on the act in the 89th minute.