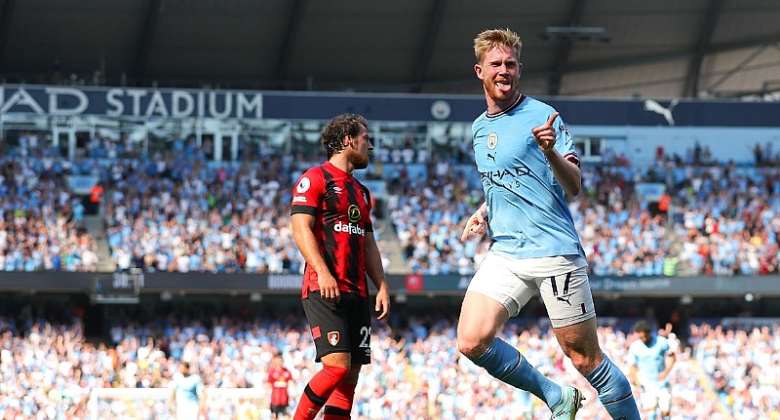 Pep Guardiola’s Manchester City side kept up their their unbeaten record at the start of the new season with a 4-0 victory over Bournemouth.

Both sides came into the game off the back of victories on the opening day, but Bournemouth had it all to do as the Cherries were yet to register a win against City in seventeen previous attempts.

The match started off as expected, with City dominating possession against the newly-promoted side, which limited the opportunities that Bournemouth had to get out of their own half of the pitch.

Pep Guardiola’s side found the breakthrough that they were looking for on 19 minutes, as Ilkay Gundogan played a neat give-and-go with Erling Haaland, before slotting the ball past Bournemouth goalkeeper Mark Travers.

That opened the floodgates as the home side doubled their advantage just after the half hour mark, as Kevin De Bruyne stroked a beautifully weighted effort with the outside of his foot into the bottom corner from the edge of the area. Then, six minutes later, City had a third, as Phil Foden fired home a powerful strike past Travers to put the game beyond any doubt before the break.

With ten minutes to play, City had their fourth through some good fortune, as Joao Cancelo’s cross took a ricochet off Bournemouth defender Jefferson Lerma, who saw the ball go into the back of his own net.