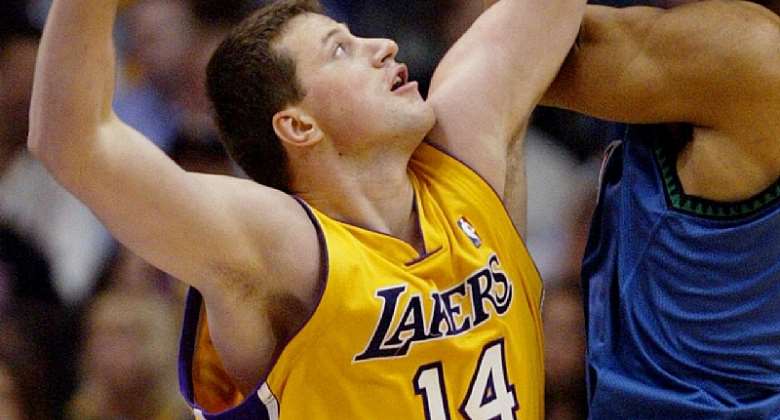 Viewers on DStv and GOtv can look forward to thrills and spills from the world’s best basketball league, with ESPN and ESPN 2 the premier venues for coverage of the National Basketball Association (NBA).

DStv and GOtv is your home of the Entertainment and Sports Programming Network.

Former Los Angeles Lakers star Slava Medvedenko has auctioned off his two NBA championship rings to raise money for his native country of Ukraine, which has been under attack from Russia since earlier this year.

Medvedenko was a power forward on the Lakers’ championship teams in 2001 and 2002, playing alongside legends of the NBA such as Kobe Bryant and Shaquille O’Neal.

Medvedenko will use the money from the auction to support Ukrainian children by restoring the sports infrastructure of the war-torn country’s schools and launching a network of social sports clubs.

“We want to restore gyms because the Russian army bombed more than a hundred schools,” he explained. “Our country, they need a lot of money to fix the schools. Sports gyms are going to be last in the line to fix it. In Ukraine, we have winter and kids need to play inside.”

Medvedenko said he decided to sell the rings after going to the roof of one of the tallest buildings in his Kyiv neighborhood and watching rockets launched by Russian forces streak through the night sky.

“In this moment I just decided, ‘Why do I need these rings if they’re just sitting in my safe?’” Medvedenko said. “I just recognise I can die. After that, I just say I have to sell them to show people leadership, to help my Ukrainian people to live better, to help kids.”

He added, “In Ukraine, you’re just feeling it’s war, rockets, air alerts. You’re so used to that kind of pressure. As soon as you cross the border [into Poland] and see how people live normal life, it’s a different world.”

Medvedenko has even served in Ukraine’s defence forces during the ongoing war. “We were defending our neighbourhood, doing checkpoints and duty patrol. I’m not the best solider, I’m not the best shooter, but I can give them support,” he said, adding that he carried an AK-47.

“I shoot it a couple times, not at people. I’m happy I don’t have a chance to shoot somebody. Our army did a great job to defend Kyiv. I want to thank them.”

Beyond his humanitarian efforts during the war, Medvedenko has long-term goals to help his country: “After the victory, we will definitely return to that question of quality changes in sport. Ten years in the United States, I saw how it works. I hope I have ideal model in my mind to change Ukrainian sport.”

Visit www.dstv.com and www.gotvafrica.com to subscribe or upgrade, and join in on the excitement. And while you’re on the move, you can stream the action on the DStv App.