Hearts of Oak: Our fans will smile next season - Board Member Vincent Sowah Odotei 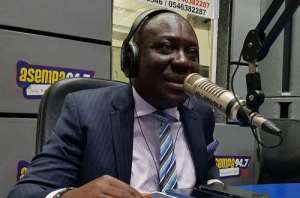 Hearts of Oak Board Member, Vincent Sowah Odotei has promised that the plyaing body will put smile on the faces of the supporters next season.

Hearts of Oak won the MTN FA cup, after their seventh place finish in the Ghana Premier League last season.

However, the Phobian Club will represent the country in the 2022/23 CAF Confederations Cup.

After a disappointing campaign last season, Sowah Odotei is optimistic that they will make the fans happy by performing better than the previous season.

"We will perform more than what our fans saw last season in the CAF Confederation Cup and the local league," Sowah Odotei told Oyerepa FM.

“Hearts of Oak will surely bring joy to the fans due to adequate preparations we are having ahead of the season," he added.

Hearts of Oak will be competing in the Confederations Cup and are billed to meet the winner between AS Douanes and AS Bamako, after their walkover in the first round of the preliminary stage.