Asante Kotoko: 65-man contingent to leave for Turkey for pre-season 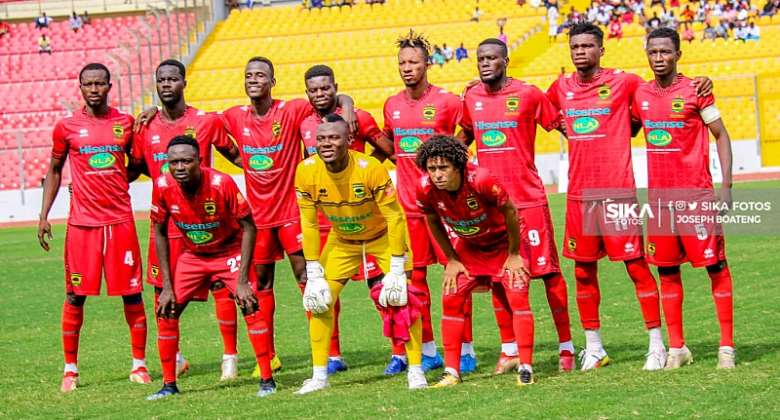 Asante Kotoko will name a 65-man contingent for their pre-season in Turkey this weekend.

Ahead of the 2022/23 football season, the Ghana Premier League giants will be preparing for their upcoming CAF Champions League.

The list will include both the playing body and some officials of the Porcupine Warriors.

The two-time African champions will depart Ghana on Sunday for their two-weeks preseason training in the European country.

The reigning Ghana Premier League winners will play Nigerian Champions Rivers United as part of their preparations on august 24 in Istanbul, Turkey.

Meanwhile, the team commenced training on Wednesday in Accra as they prepare to leave Ghana for training tour.

A statement from the clubs Administrative and Operations Manager, Emmanuel Newton Dasoberi reads, “We wish to introduce to you a contingent of 65 players and officials of Asante Kotoko Kotoko Sporting Club who are desirous of embarking on a training tour in Turkey.

“Grateful if the embassy could assist them with all the necessary courtesies to enable them to embark on the trip."

Asante Kotoko will hope to defend their Premier League next season.

Meanwhile, they have been paired with Burkinabe side, RC Kadiogo.