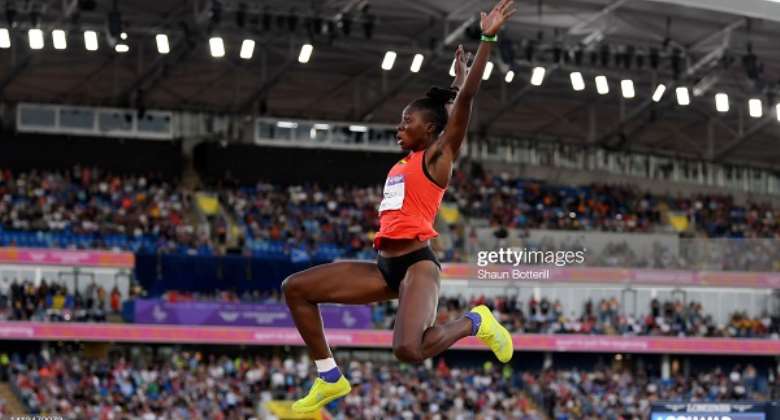 Ghanaian Long Jumper Deborah Acquah has revealed she was dealing with an injury but had to overcome it and execute it while competing in the final of the Women’s Long Jump at the 2022 Commonwealth Games in Birmingham.

Acquah finished third in the event to win one of Ghana’s three Bronze medals at the Games but the 26-year-old didn’t have it easy competing while dealing with the injury.

“I had an injury on my Achilles…at that moment (event final), I forgot about the pain even though it was hurting…I just had to execute. That’s the most important thing just to go out there and execute” she stated in an interview on her arrival in Ghana.

Acquah ended up on the podium after jumping a Personal Best of 6.94 Meters on her first jump attempt to fall behind Australia’s Brooke Buschkuehl and Gold Medal winner Ese Brume of Nigeria.

She is the first Ghanaian athlete to win a medal at the Commonwealth Games in the Women’s Long Jump event.