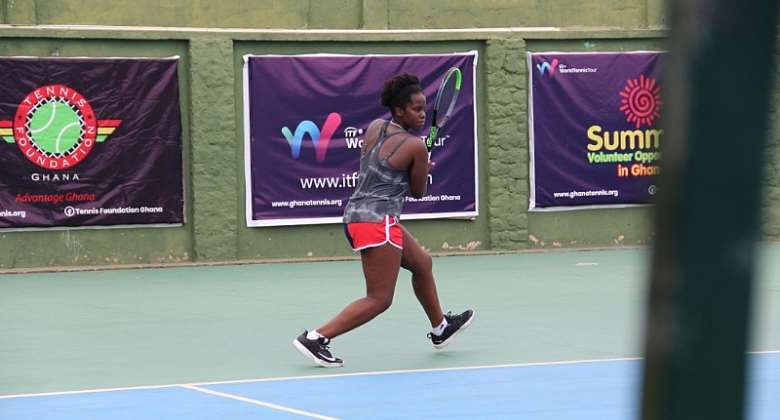 The name Harriet Quaye in tennis just came back to life at the ITF world junior Tennis Tour being organized by Tennis Foundation Ghana at the National Tennis Centre, Accra.

The new sensational Harriet Quaye is the daughter of Isaac Quaye, a former Ghanaian Davis cup player and a onetime Ghana Junior champion and a niece of Africa's sensational tennis Queen who died in 1986 at the age of 17 and also a Ghanaian national women’s champion.

Brielle Harriet Quaye based in New Jersey was named after the auntie. This afternoon she displayed skills mirroring the former Harriet Quaye and brought back so many memories of the auntie.

Harriet Quaye is a student at Peddie High school Heights Town Nj after being in Memorial Middle School. She is coached by her father, Isaac Tetteh Quaye coach at little Silver Tennis Club/IA Tennis Academy in Little Silver New Jersey.

She is hoping for her experience in the ITF World Tennis Tour J5 Accra to help her get into her dream college, Yale. Tomorrow she will be playing the quarter-finals at the National Tennis Centre against the tournament No.1 seed Shahd Habib of Egypt on center court.