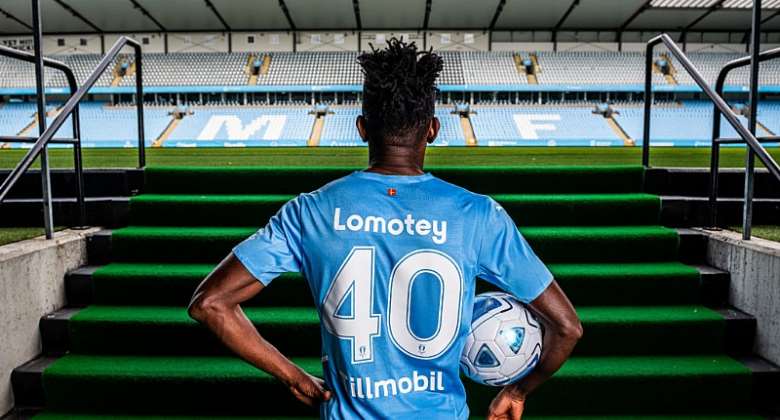 The Swedish top-flight club on Tuesday, August 9, announced that it has completed the signing of the Black Stars youngster on a four-year contract.

“Emmanuel Lomotey will be the association's fifth new acquisition this summer. The 24-year-old midfielder joins from French side Amiens SC and has signed a contract until 2026,” an official club statement from Malmo FF has said today.

Speaking to the media team of Malmo FF after his unveiling, Emmanuel Lomotey described his new club as the biggest team in Sweden.

According to him, he is determined to use his qualities and attributes to help his new club to win more titles.

“I feel a great pride. Malmö FF is the biggest club in Sweden so I am happy to be here and looking forward to start training with the team.

“I think I have qualities and attributes that will help the team. The goal is to help Malmö FF win titles and play group games in Europe. Together with my teammates, we will achieve as much as we can together,” Emmanuel Lomotey said.