Raza at the controls of high-flying Zimbabwe 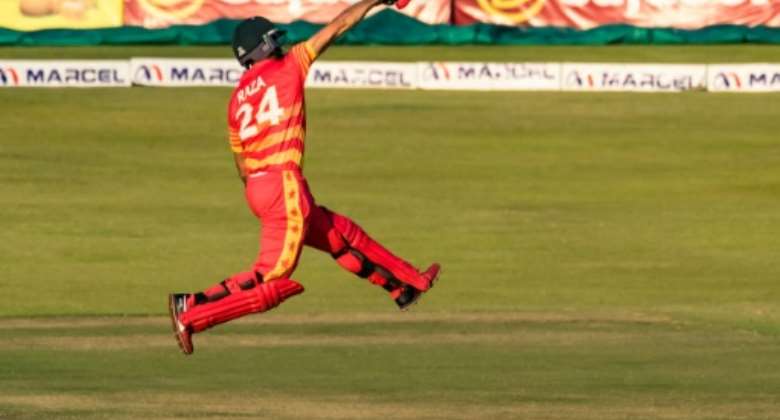 With all the noise going on elsewhere in the wealthy world of white ball cricket, it is easy to miss a small revolution taking place in a territory that since 2003 has become something of a backwater.

On Sunday, Zimbabwe pulled off a great run chase for the second time in three days to beat Bangladesh by five wickets and take a winning 2-0 lead in a three-match one-day international series, which closes in Harare on Wednesday.

It followed hard on the heels of a 2-1 T20I series win against the same opponents and a convincing qualification for the T20 World Cup later this year.

At the heart of these successes is one man, a 36-year-old all-rounder whose boyhood dream lay not on the cricket field but in the skies, as a fighter pilot in the Pakistani Air Force (PAF).

"The things that Sikandar Raza has been doing in recent weeks with the bat deserve wider recognition. Back to back ODI centuries. #ZIMvBAN," tweeted former West Indies fast bowler Ian Bishop, suggesting that Raza is the new (not quite so young) kid on the block.

Batting in the middle-order, Raza has been in outstanding form.

But that is only half the tale. In the space of four weeks, Raza has rattled up 607 runs across formats at an average of 101.16, with four half-centuries to add to those two hundreds.

Zimbabwe's Sikandar Raza has scored 607 runs in the last month, including back-to-back ODI centuries against Bangladesh. By Jekesai NJIKIZANA (AFP)

With his off-spin, he has also picked up 11 wickets at 22.18 apiece, and took 4 for 8 against the Netherlands in the final of the T20 World Cup qualifiers.

At the age of 36, when many players are considering retirement, Raza has become an 'overnight' success.

Born in Pakistan and arriving in Zimbabwe with his parents in 2002, he never had thoughts of a cricket career, instead spending three years training to be a fighter pilot.

He did not make the final cut because of a glitch in his eyesight but he credits the experience for his resilience on the pitch and ability to deal with pressure.

"Of course, it helps that I am from an Air Force background. We don't give up. I get hit, I get hurt, broken fingers, toes, etc. I don't care.

"The training mentally and physically is paying dividends now."

That toughness also helped when he had to undergo bone marrow surgery in his right shoulder last year.

Fortunately it was not cancerous but he has had to alter his bowling action, although as recent returns show that does not seem to have posed a problem.

Raza's rise, which may well lead to the riches of T20 franchise competitions around the world, coincides with the return of the doughty Dave Houghton as coach, an experienced head who played a key role in helping elevate Zimbabwe from Associate to Test status in the 1980s and 90s.

"Since Dave came back, we have put a lot of emphasis on a lot of good things and to be able to achieve that, it is such a humbling feeling," said Raza after Sunday's win.

With this key combination, the future is looking up for Zimbabwe.