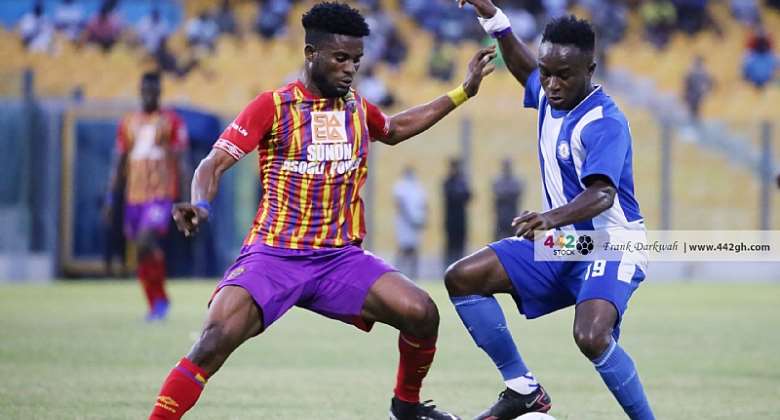 Hearts of Oak and Great Olympics' Ga Mantse Cup match, which was scheduled to take place today, August 7, 2022, has been postponed to August 28, 2022,

The match is played between the two top clubs in the capital, Accra.

The Ga Mantse Cup is organized as part of the activities leading up to the forthcoming Homowo festival celebration, however, it is mainly aimed to celebrate King Tackie Teiko Tsuru II.

Speaking to the media Primeval Consult official Mr. William Ezah said: "We received a letter from Hearts of Oak stating that the team is not ready to honor the game on Sunday because their team isn't ready and they just started preseason.

"They want the game to be played on August 28. We are yet to meet the stakeholders to see the way forward," he added.

The game is expected to be staged at the Accra Sports Stadium at 16:00GMT.

More trouble for Weija residents as more volumes yet to be s...
26 minutes ago