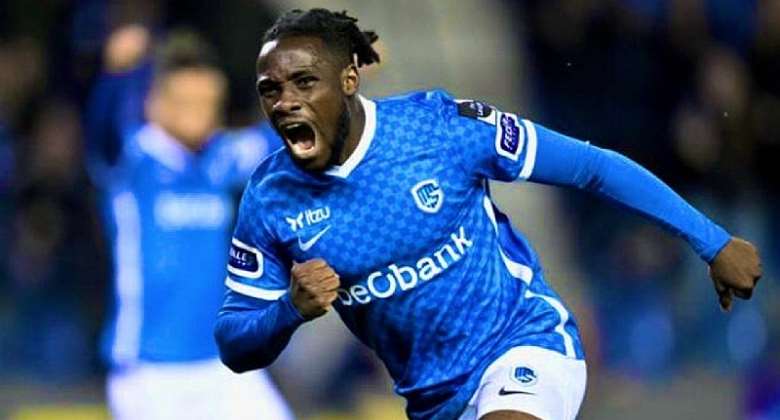 KRC Genk forward, Joseph Paintsil is the second highest-rated Ghanaian player abroad following an outstanding performance for his club over the weekend.

After the start of the 2022/23 football season abroad, Modernghana Sports in partnership with SofaScore is commencing the weekly report on the top 10 Ghanaian players for every weekend.

In the first edition of the new season, forward Prosper Kassim who plays his football in the USL is the star.

The talented youngster scored and put up an impressive performance on Sunday to propel his Birmingham Legion to a thumping 6-0 win over Atlanta United 2.

In the list of top 10, Prosper Kassim is joined by Belgium-based winger Joseph Paintsil.

The in-form Black Stars attacker bagged a brace in under 10 minutes while in action for KRC Genk on Saturday to inspire his outfit to a delightful 4-2 win in the Jupiler Pro League.

With a rating of 8.5, Paintsil is one of the best performing Ghanaian players abroad for the just-ended weekend.

Rashid Nuhu, Leeroy Owusu, and Michael Baidoo make up the top five on the list.

In the coming weeks, these players and more must be motivated to do more to stand any chance of meriting a place in the Ghana squad for the 2022 FIFA World Cup.

The Black Stars will next month play a few friendly matches as part of preparations for the mundial in Qatar.

At the tournament, the national team of the West African country will face Portugal. Uruguay, and South Korea at the Group Stage.